SpaceX is going where no tourist has been before

The first all-civilian crew is set to launch into space on Wednesday aboard a SpaceX rocketship, according to reports.

Jared Isaacman, the CEO and founder of e-commerce platform Shift4 Payments, and three other space newbies are set to blast off from Cape Canaveral, Florida, Reuters reports.

The 38-year-old tech giant has contributed an unspecified amount of money to Elon Musk's bank account to fly himself and three others into orbit aboard the SpaceX Crew Dragon capsule. 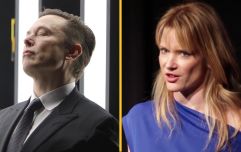 END_OF_DOCUMENT_TOKEN_TO_BE_REPLACED

While, billionaires Jeff Bezos and Richard Branson, have already jetted into space, this launch is the first of its kind. Dependent on its success, the launch could usher in a new form of tourism, and of course, another avenue stream for whoever has a space rocket lying around.

Isaacman is primarily using this venture to raise awareness for his favourite cause, St. Jude Children’s Research Hospital for which he has already personally pledged $100 million.

"While a historic journey awaits us in space, I hope this mission reinforces how far inspiration can take us and the extraordinary achievements it leads to here on Earth." Isaacman tweeted of the groundbreaking mission.

“While a historic journey awaits us in space, I hope this mission reinforces how far inspiration can take us and the extraordinary achievements it leads to here on Earth.” – Jared Isaacman, Inspiration4 Commander pic.twitter.com/y41tsFJzNu

END_OF_DOCUMENT_TOKEN_TO_BE_REPLACED

Over recent months, the race to space has picked up, with key players being Amazon's Bezos, Virgin's Branson, and Tesla's Musk. Though Virgin Galactic and Blue Origin have also ventured into the unknown in recent months, Musk is taking his own flight one step further.

Where Branson and Bezos were only in space for a matter of minutes, Musk is putting these space-age tourists where no everyday-joe has been before - Earth's orbit!

Launch rehearsal complete for our #Inspiration4 crew — getting closer to liftoff! https://t.co/I8Xlq9Fj3l pic.twitter.com/4aE5c6FWAs

Once contained by Earth's gravitational field they will circle the globe once every 90 minutes at more than 17,000 miles per hour, which roughly equates to 22 times the speed of sound. They hope to reach an altitude of 575 kilometres (360 Miles) which is beyond the orbits of both the International Space Station and the Hubble Telescope.

popular
Police hunt for two 'laughing' men who kissed three-year-old girl in front of distressed mum
British teen says she was raped in Majorca hotel by 'famous actor and musician'
Father takes his own life after 18-month-old found dead in hot car
Fan remakes Simpsons: Hit and Run as open-world game and it looks unbelievably good
Halifax has introduced staff pronoun badges and its customers are not happy
Jasmine Burkitt death: BBC reality TV star dies aged 28
Angela Rayner humiliates Dominic Raab over opera reference
You may also like
Life
Elon Musk's child petitions to change name and sever all ties from him
Life
Elon Musk's own staff have finally said what we're all thinking in open letter to SpaceX president
News
Elon Musk reveals who he could vote for in 2024 Presidential election- and it's not Trump
Life
Elon Musk set to become world's first trillionaire by 2024, because the world really needed one
News
Elon Musk repeats claim he was 'photobombed' by Ghislaine Maxwell in infamous picture
Next Page