Now that Britain has voted to leave the EU, it may be hard for British people to travel outside of the country, which means an Irish passport may come in handy. Since the result yesterday, Google searches for Irish passports have gone through the roof. 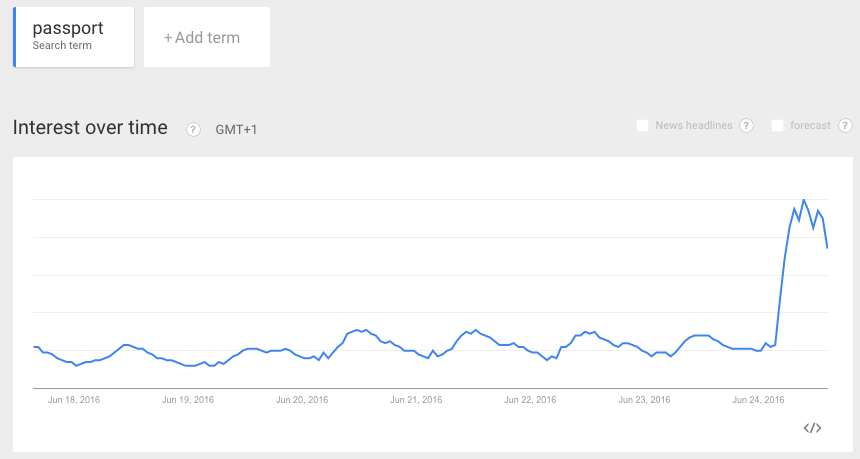 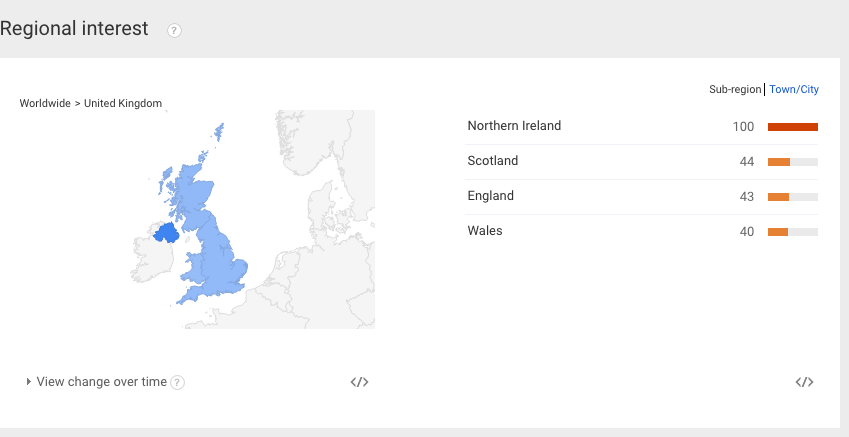 (Screenshots taken just hours after the referendum result). If you were born in Ireland, have Irish parents, or even Irish grandparents obviously you can apply for an Irish passport. There are other circumstances in which people outside of Ireland might qualify for dual-citizenship.

END_OF_DOCUMENT_TOKEN_TO_BE_REPLACED

We knew that the aftermath of the Brexit result was immediate, as British Sterling hit its lowest value in 31 years, David Cameron resigned as Prime Minister, and France overtook the UK as the world's fifth largest economy. However, despite the Google trends indication in the surge of interest in obtaining an Irish passport, we couldn't have predicted this.

So here's where we're at. This is the central post office in Belfast #brexit #EURefResults pic.twitter.com/YiZsSID3kU

Due to increased demand of Irish passport forms we have currently run out. We have an emergency order coming to meet the demand on Tuesday 28th June. We apologise for any inconvenience caused.

A direct result of the Brexit result? No doubt about it.

Over the next few months, Britain will negotiate and secure its exit - if you live in the UK, here's what that means for you...