MP spotted cleaning her glasses with her mask in Parliament

That's not what the mask for

A Labour MP has been spotted cleaning her glasses with her mask in the House of Commons. 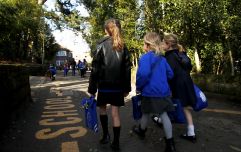 END_OF_DOCUMENT_TOKEN_TO_BE_REPLACED

Siobhain McDonagh was seen rubbing her spectacles with the mask during a debate on planning reforms on Thursday.

The clip went viral on social media, and the response was understandably not great.

At this point I give up https://t.co/ds7mUD69UW END_OF_DOCUMENT_TOKEN_TO_BE_REPLACED

Siobhain McDonagh is the Member of Parliament for Mitcham and Morden. She has held the seat since 1997.

In England, people are currently required to wear a mask while on public transport, in stations and transport hubs, shops, entertainment venues, and many other indoor public spaces.

Advice on the government website regarding face masks says:

In regards to wearing face coverings at a work place, the advice states that "employers should assess the use of face coverings on a case by case basis depending on the workplace environment." 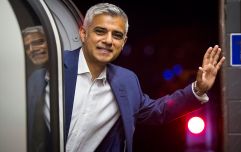 END_OF_DOCUMENT_TOKEN_TO_BE_REPLACED

The police can take measures "if members of the public do not comply with [face covering laws] without a valid exemption".

Police and Transport for London (TfL) officers can issue fines of £200 for a first offence (reduced to £100 if they are paid within 14 days).

The fines can then double for multiple offences - for instance, you can then be fined £400 for a second offence, £800 for a third offence, all the way up to a maximum value of £6,400.

Exemptions to the rules include "people who cannot put on, wear or remove a face covering because of a physical or mental illness or impairment, or disability," and children under eleven.

popular
If you like Squid Game here's 6 shows you'll want to watch next
Salt Bae customers disgusted at price of steak in his London restaurant
Homeless man in California was actually Elvis Presley, according to conspiracy theorists
Why Inter Milan had to remove snake from away kit for Champions League tie
Lionel Messi scores his first PSG goal in spectacular style
Netflix broadcast someone’s phone number in Squid Game and she got ‘4,000 calls a day’
Brian Laundrie's parents call 911 on Dog the Bounty Hunter as he finds fresh campsite
You may also like
News
No traces of Covid-19 found in trains or railway stations
News
Here's why you still have to wear a mask on London transport services
Sport
Vaccine passports and face masks may be required for entry into sporting events after July 19th
News
COVID-19: Sajid Javid will continue to carry a face mask after 19 July
News
Boris Johnson confirms end of social distancing and face mask rules on July 19
Next Page