So much for 'free and independent media' in Afghanistan

In a truly spine-chilling video, a TV presenter in Afghanistan has urged the general public to "cooperate" with the Taliban and reassured viewers they "should not be afraid" - while being surrounded by armed militants holding automatic weapons 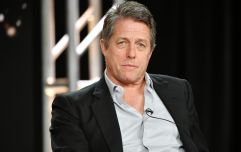 END_OF_DOCUMENT_TOKEN_TO_BE_REPLACED

Yalda Hakim - who was applauded for her exceptional handling of an impromptu interview with a Taliban spokesperson over a fortnight again -  shared the "surreal" footage on Twitter.

This is what a political debate now looks like on Afghan TV, Taliban foot soldiers watching over the host. The presenter talks about the collapse of the Ghani govt & says the Islamic Emirate says the Afghan people should not to be afraid #Afghanistan pic.twitter.com/oEverVgLOE

Kian Sharifi, another BBC journalist and former Financial Tribune writer - an English newspaper based out Iran - also shared an extended video of the TV segment where the presenter proceeded to interview a seemingly more senior Taliban soldier.

The programme is called Pardaz. In this longer video, the presenter interviews a Taliban fighter who presumably outranks the rest of the lot in the studio. The presenter switches from Dari to Pashto, which unfortunately I don't speak.pic.twitter.com/qPWexsQd2T

END_OF_DOCUMENT_TOKEN_TO_BE_REPLACED

Just over a week ago, the Taliban held their first press conference since the August 15 takeover, claiming that they were not the same group as was in power 20 years ago and reassured the world's media the press would remain "free and independent".

However, it now seems apparent that censorship will play a key role in how the group outwardly present themselves.

In contrast, many reports have already come out of Afghanistan following the power shift that paints a very different albeit familiar picture. Music being banned, women being killed for not wearing burqas and 'bad cooking' and, of course, the attack at Kabul airport.