Mayor of London Sadiq Khan has said that "middle-class" cocaine use has contributed to violent crime in London. 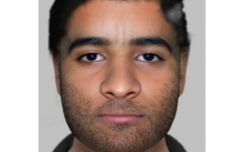 END_OF_DOCUMENT_TOKEN_TO_BE_REPLACED

The Labour politician said there was a "definite link" between the two and that there is no such thing as a victimless crime.

Speaking on an LBC phone-in, the Mayor said purchases of the Class A drug had a part to play in violent crime in the capital.

He said: "There is a definite link between drugs and criminal gangs. There are some Londoners who think it's a victimless crime taking cocaine at 'middle-class' parties.

Mr Khan said the way to combat the problem was to educate drug users about the consequences of their actions.

The Mayor recently attracted controversy for allowing a 20 feet long balloon of an infant Donald Trump, clutching a mobile phone logged into Twitter, to fly next to parliament when the American President visited the UK earlier in July.