Documentary film producer, Errol Webber, has suggested Alec Baldwin should face "manslaughter" charges "at the very least" following the fatal shooting of Halyna Hutchins on the set of his new movie Rust. 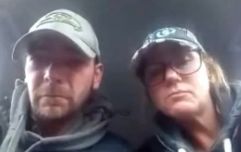 END_OF_DOCUMENT_TOKEN_TO_BE_REPLACED

Baldwin, 63, was filming his latest project - a western which he is also producing - in Santa Fe when he accidentally discharged a prop gun, shooting Director of Photography Hutchins, 42, and injuring the movie's director Joe Souza, 48.

Following the accident - which took place on Thursday afternoon - Hutchins was airlifted to the University of New Mexico Hospital but died shortly afterward. Souza was released from hospital on Friday.

While the exact reason why a weapon with live rounds found its way onto an active movie set is still being investigated, that hasn't stopped film producer and Republican-leaning party member Webber from sharing his opinions on social media.

"Hopefully Alec Baldwin gets manslaughter at the very least," tweeted the politician who, in November 2020, followed in former US President Donald Trump's footsteps in questioning the results of an electoral process that saw him lose out on a seat in US congress.

Webber, who serves as a memeber of the Legacy Republican Alliance and the South LA-Inglewood Republican Assembly, continued: "But knowing the Democrats and their penchant for protecting criminals, I wouldn’t be surprised if he gets off with 10 hours of community service… If that."

Hopefully Alec Baldwin gets manslaughter at the very least.

But knowing the Democrats and their penchant for protecting criminals, I wouldn’t be surprised if he gets off with 10 hours of community service… 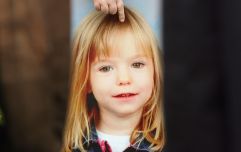 END_OF_DOCUMENT_TOKEN_TO_BE_REPLACED

Other Twitter users were quick to point out that people should wait for more information to emerge before casting judgement on Baldwin or anyone involved.

"Why should he? It was a prop whoever handles the prop department should be held responsible," one person tweeted.

"Think someone is looking for some cheap publicity" another user wrote.

Nevertheless, Webber - whose producing credits include 2014 short Love and Solidarity and 2017's documentary feature Walking While Black: L.O.V.E. is the Answer - was quick to fire back.

"You are to treat all firearms, real, fake, toy, or prop, as you would a real gun with live ammo," he tweeted.

You are to treat all firearms, real, fake, toy, or prop, as you would a real gun with live ammo. 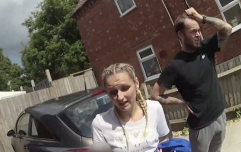 Chilling video shows moment step mum tried to get away with murdering boy, 6

Following the on-set accident, Baldwin willingly spoke to detectives and continues to cooperate in the investigation.

A spokesperson for the Santa Fe sheriff said: "He came in voluntarily and he left the building after he finished his interviews.

"Mr Baldwin was questioned by investigators and released. No arrests or charges have been filed."

In a series of tweets posted on Friday, Baldwin told of his grief.

"There are no words to convey my shock and sadness regarding the tragic accident that took the life of Halyna Hutchins, a wife, mother, and deeply admired colleague of ours," the 63-year-old tweeted.

"I'm fully cooperating with the police investigation to address how this tragedy occurred and I am in touch with her husband, offering my support to him and his family.