BREAKING: Alec Baldwin 'heartbroken' after fatal shooting of Halyna Hutchins and is fully cooperating with police

Alec Baldwin has said his "heart is broken" following the accidental death of cinematographer Halyna Hutchins. 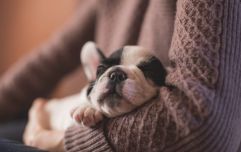 END_OF_DOCUMENT_TOKEN_TO_BE_REPLACED

In a series of tweets posted on Friday, Baldwin confirmed he is fully cooperating with the police investigation after he shot the cinematographer with a prop gun on the set of his new movie, Rust, along with the movie's director Joe Souza.

"There are no words to convey my shock and sadness regarding the tragic accident that took the life of Halyna Hutchins, a wife, mother, and deeply admired colleague of ours," the 63-year-old tweeted.

"I'm fully cooperating with the police investigation to address how this tragedy occurred and I am in touch with her husband, offering my support to him and his family.

"My heart is broken for her husband, their son, and all who knew and loved Halyna."

Following the accident - which took place on Thursday afternoon at the from Bonanza Creek Ranch in Santa Fe - Hutchins was airlifted to the University of New Mexico Hospital but died shortly afterward. Souza was released from hospital on Friday.

Police are interviewing witnesses, and neither Baldwin nor the studio behind the western had made an official statement until now.

Images of Baldwin outside the police station went viral, one showing him distressed while on the phone and another showing him bent over. 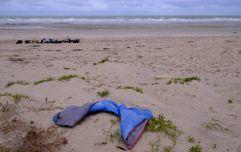 END_OF_DOCUMENT_TOKEN_TO_BE_REPLACED

Born in Ukraine in 1979, Hutchins grew up in a Soviet camp in the Arctic Circle "surrounded by reindeer and nuclear submarines".

She graduated from the Kyiv National University with a degree in international journalism before working on British documentary productions in Europe.

The director of photography on the production of 'Rust', Hutchins was airlifted to the University of New Mexico Hospital where she was pronounced dead, aged 42.

popular
'Super recogniser' draws 'accurate' modern Maddie McCann to help police find her
Mum in jail for murder pays tribute to son, 6, killed by his dad and new girlfriend
Chilling video shows moment step mum tried to get away with murdering boy, 6
Jack Wilshere could be set to resume career with National League Wrexham
The JOE Friday Pub Quiz: Week 272
Divock Origi reveals what Klopp said to him before scoring crucial winner
'I did three grams of coke during a game': Inside football's problem with Class A drugs
You may also like
News
Travis Scott and Drake now facing $2B lawsuit over Astroworld
News
Man dies after being gored at bull-running event in Spanish city
Social Media
Influencer responds after backlash over photoshoot at her dad's funeral
Environment
Suspected poacher trampled to death by elephant in South Africa
News
New Zealand rugby star Sean Wainui dies in car crash, aged 25
Next Page