The chances of no Brexit are now greater than no deal, poll of economists finds

A poll of economists has found that the UK leaving the EU without a deal is now less likely than Brexit being cancelled. 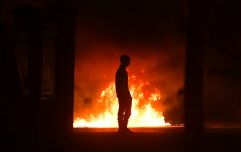 END_OF_DOCUMENT_TOKEN_TO_BE_REPLACED

The latest research by Reuters showed very few predicting a "disorderly" departure but that a free-trade deal would be agreed.

Only one of the 51 respondents said a 'no deal' outcome was more likely than not, the average probability being 15 per cent - the lowest chance since Reuters began asking the question in July 2017.

BNP Paribas economists said: "Apart from the fact that no-deal Brexit is now less likely, the path ahead is as unclear as ever. A deal (and likely a softer Brexit) still seems more likely than not but we are sceptical that this will happen any time soon."

The poll also found most respondents expect a raise in interest rates by the Bank of England to be pushed back.

Now delayed until October, the UK is not due to leave the EU until October 31 - contingent on a withdrawal agreement being passed in parliament.

As yet, prime minister Theresa May's withdrawal agreement has suffered two historic defeats and a series of indicative votes in the House of Commons have failed to accrue a single majority. The slimmest margins of defeat have been for membership of the EU's customs union and a second referendum.

European elections at the end of May draw closer. The Brexit party led by Nigel Farage is leading in the polls.

popular
Man faces three years in jail in Dubai for legally smoking marijuana in his own country
Cop who pepper sprayed Black US army officer at traffic stop fired
A definitive ranking of every swear word from worst to best
Comedian learns Prince Philip died while mocking him onstage
The definitive ranking all 151 original Pokémon from worst to best
Prince Harry issues new statement after death of Prince Philip
Prince Philip gets final wish after asking Queen to 'stick me in the back of a Land Rover'
You may also like
News
British immigrants 'in tears' after being told to leave Spain
News
UK Exports to EU plummet by £5.6bn in first month post Brexit
News
What does the Budget mean for us?
News
How to apply for a free Global Health Insurance Card
News
Restart Brexit talks because UK is 'less safe and secure', says Tory group
Next Page