A mum who had a stroke has now ended up paralysed after her son's attempt to take her to the hospital was delayed for hours following last week's M25 protest held by Insulate Britain - the same group who are once again being moved from the major British motorway this morning.

Chris, who called into LBC's Andrew Pierce, told listeners of how he and his mother were stuck in six-hours of standstill traffic due to the climate activists' demonstration. You can watch the full clip below. 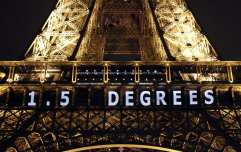 END_OF_DOCUMENT_TOKEN_TO_BE_REPLACED

Chris decided to drive her to the hospital due to ambulance delays; instead, he became "caught up for about six hours in traffic", adding that "I was doing a mission of mercy to help my mother" but that it ultimately resulted in her being left struggling for hours and leaving her with "complete paralysis now down her left side."

He went on to say: "I was there with my mother for six hours watching her slip away, and I could do nothing. When we got her to the hospital, the doctors said if we were to have gotten to them within 90 minutes, her symptoms, her recovery would have been minimal."

Despite stories like this, the climate group are staging yet another M25 protest today (September 20). As expected, thousands of motorists are once again being impacted and aside from getting to work, one particular driver took this story to heart as you can see him clashing with the demonstrators.

“You’re stopping someone from getting to hospital… why the hell do you think this is the right thing to do?”

Furious motorists clash with eco-mob Insulate Britain who have blocked access to the M25 again.