Joe Rogan has commented on the now-viral moment Mike Tyson hit a fan, claiming that annoying him is like "head-butting a beehive." 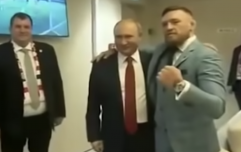 END_OF_DOCUMENT_TOKEN_TO_BE_REPLACED

Speaking on a recent episode of his infamous podcast "The Joe Rogan Experience", the 54-year-old UFC commentator said: "He was annoying one of the baddest mother-f*****s that's ever walked the face of the Earth."

"It's so dumb! It's not even kicking a beehive. It's like smashing — it's head-butting a beehive," he added. "If you find yourself where Mike Tyson's reaching over the back of an airline seat and punching you in the face, I think you probably earned it."

END_OF_DOCUMENT_TOKEN_TO_BE_REPLACED

He added: "People get crazy. They think just because he's Mike Tyson, he's famous, he can't just punch you. You're annoying him! He's gonna just fucking hit you like a normal person would."

Rogan is referencing the moment 55-year-old Mike Tyson repeatedly struck a passenger while aboard a flight to San Francisco. Passengers claim that Tyson was calm at first, until the "intoxicated" passenger continued to pester him.

The fan is named Melvin Townsend III and maintains that he was not pestering Tyson.

"Our client is a big Mike Tyson fan. When Mike Tyson boarded the plane, he became overly excited. At first, their interaction was cordial," a lawyer for Townsend told TMZ. "At a certain point, Mr. Tyson clearly became agitated by an overly excited fan and began to strike him in an excessive manner." 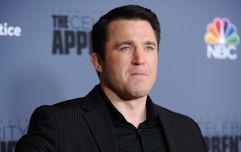 END_OF_DOCUMENT_TOKEN_TO_BE_REPLACED

They continued: "This situation could have been avoided simply by contacting the flight attendant. Our client denies throwing a water bottle prior to being struck by Mr. Tyson.

"To state the obvious, as one of the greatest fighters of all time, Mr. Tyson should have exercised greater restraint before using his hands on an overly excited fan."