A narrow margin of victory, 13,826 votes to the Tories' second place 12,401. The Brexit party beat Labour to third place, with just over 10 per cent of the vote.

Jane Dodds said: "This victory must be a turning point, not just for our communities here in Brecon and Radnorshire, but for the whole country too.

"People are desperately crying out for a different kind of politics.

"There is no time for tribalism when our country is faced with a Boris Johnson government and the threat of a no-deal Brexit.

"My very first act as your MP when I arrive in Westminster will be to find Boris Johnson, wherever he’s hiding, and tell him loud and clear -  stop playing with the futures of our communities and rule out a no-deal Brexit."


The Lib Dems were the bookies' favourite to win back Brecon & Radnorshire from the Conservatives, after MP Chris Davies was convicted of false accounting. 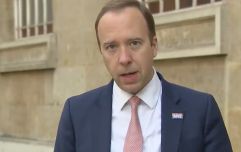 END_OF_DOCUMENT_TOKEN_TO_BE_REPLACED

Both the Greens and Plaid Cymru did not put up a candidate for the by-election, although neither has ever had strong support in the constituency, in a symbolic show of unity between Remain parties.

The Tory majority in the House of Commons has been reduced now to one single MP. Crunch votes as the Brexit deadline of October 31 looms will now only require one rebel to be lost.

The county of Powys, of which Brecon & Radnorshire is a large part, voted 53 per cent in favour of leaving the EU in the 2016 referendum.

Sheep farming is the primary industry in the constituency, where the animals outnumber people, and no deal presents a serious risk.

Michael Gove, who is leading no deal planning for Boris Johnson's government, pledged £500 million to purchase livestock and some crops from farmers. The payments, known as headage, would fill the gap left by exports to the EU rendered uneconomic by colossal tariffs.

You may also like
News
Ed Miliband offered out Boris Johnson in front of his mates - and the PM did nothing
News
Conservative MP says deal leaving EU is 'like a country becoming independent from an empire'
News
Home workers need the 'fizz and excitement' of an office, says Jeremy Hunt
News
Boris Johnson has, for some reason, got a LinkedIn account
Sport
Marcus Rashford is showing Boris what real leadership looks like
Next Page