A New York police officer has been hailed as a hero after footage showed her rescuing a toddler from the scene of a shooting in Times Square. 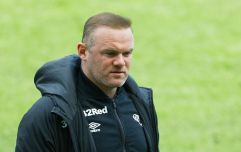 END_OF_DOCUMENT_TOKEN_TO_BE_REPLACED

Officer Alyssa Vogel ran four-year-old Skye Martinez to an ambulance, after a man had fired wildly into a crowd of pedestrians on Saturday 8 May. As reported by the Independent, the man was aiming for his brother after arguing with three other people. Along with the toddler, the man injured two other women who were also unintended targets.

The child was reportedly hit in the leg by a bullet as she waited for her family to enter a toy store. She was treated for non-life threatening injuries, and is expected to make a full recovery.

Deputy Commissioner of the NYPD John Miller tweeted that the "dedication of NY's finest knows no bounds."

Whether they’re rushing toward the danger to help save a little girl or rushing home to family after their tour this #MothersDay — the dedication of NY’s Finest knows no bounds.
pic.twitter.com/fMM384Mb7O

Others were quick to commend and praise Vogel for her bravery. One user said: "Thank you for your service your heroic actions [are not appreciated] enough thank you for keeping us all safe."

Another echoed these sentiments, saying: "Giver her a medal or something SHE EARNED IT."

A third thanked the officer for "showing how great the NYPD can be."

HERO COP: NYPD officer Alyssa Vogel was caught on video, running while carrying a 4-year-old child who was struck by a stray bullet in Times Square. Thanks in part to Vogul's heroic efforts, the girl underwent surgery and is expected to be OK. https://t.co/WLUlxdCHJE pic.twitter.com/FWYGZgjAoJ

Thank you Officer Vogel for showing how amazing the NYPD can be. 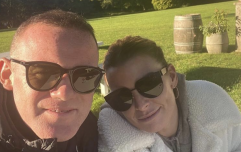 END_OF_DOCUMENT_TOKEN_TO_BE_REPLACED

Speaking about the incident, Vogel called Skye the "strongest little girl" she has ever seen.

The officer said: "This little girl was so strong. She didn’t even cry once except when we were putting the tourniquet on. She screamed because it’s very painful."

"I just picked her up so I could run to the ambulance. She was just saying she wanted her mom. Her mom was running right behind me, but she was calling for her mother."

Officer Vogel said that she kept telling the girl's mother to breathe as she herself has a child and knows how she feels.

"I kept telling her to breathe, that I know what she’s going through because I have a baby myself," said Ms Vogel. "It was very difficult for her, very traumatic. She saw her daughter just get shot."