Here's the problem with 'Love the sinner, hate the sin'

It's a phrase familiar to many, synonymous with a more modern Christianity. 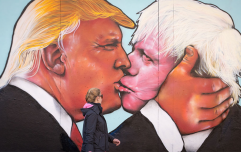 Trump's election and Brexit vote are "the comeuppance of democracy"

END_OF_DOCUMENT_TOKEN_TO_BE_REPLACED

The phrase is frequently used in relation to same-sex relationships, meaning that church and congregation can accept individuals without contradicting religious teaching.

According to Vicky Beeching, media commentator and former Christian music star, the phrase is problematic, in that it is used as a way of projecting a more modern, accepting image of Christianity, without accepting the way people live their lives, creating a painful duality.

"That was a phrase that church came up with to, I guess, try and make out that their theology wasn’t homophobic," Beeching said on Unfiltered with James O'Brien, the hit interview podcast from JOE.

"If you’re a gay person, that means the church can claim that they and God love you, the sinner, but they hate your sin. It’s very divisive and fragmenting. It’s almost like there’s these two parts of you, and you’re supposed to believe one of them’s okay but the other one isn’t.

"It’s hard to be told that you are loved if your potential way of loving others is said to be hated. That’s the really difficult part."

Beeching went on to explain the innate hypocrisy in the statement, comparing the use of the phrase between gay and straight people. 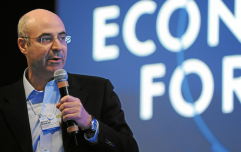 END_OF_DOCUMENT_TOKEN_TO_BE_REPLACED

"Evangelical churches today would say that actually now they don’t think there’s anything wrong with having gay feelings. It doesn’t inherently make you bad, it’s actually acting on them. But saying that to a straight person wouldn’t work.

"It’s like, you’re a heterosexual person, your feelings for someone are okay, but if you do anything about them, if you ever wanted to have a partner or a life or a marriage, that would be wrong."