The 94-year-old presenter is currently shielding from the coronavirus

Extinction Rebellion activists confronted legendary broadcaster Sir David Attenborough at his home in Richmond, London, after he criticised the group.

Attenborough had previously said Extinction Rebellion needed "to be careful not to break the law" adding that "disturbing lives... is a serious thing to do and could disenchant people".

The eco-warriors delivered a letter to Sir David Attenborough in which they outlined their wish to work more closely with the presenter, who has starred on TV and radio for more than 60 years.

The Extinction Rebellion letter challenged Attenborough on his comments that the law should not be broken. 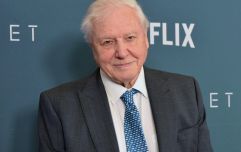 David Attenborough is set to receive a lifetime achievement award

END_OF_DOCUMENT_TOKEN_TO_BE_REPLACED

"We are a group of Extinction Rebellion (XR) activists and we bring you this letter to ask for your help.

"For decades we have enjoyed your films and TV programmes. We share your deep concern for the living planet and the need you have expressed for immediate and decisive action to tackle the climate and ecological emergency.

"I'm sure you would agree that now, more than ever, we need new ideas, new courage, new ways of thinking about how to create the change we so desperately need."

The pressure group also said that nonviolent rule-breaking has a history of bringing about change.

"Breaking the law was integral to the achievements of the Suffragettes, Gandhi's Salt Marchers, the Civil Rights movement and the Polish and East German democracy movement, to name only a few.

"You yourself have said 'We cannot be radical enough when dealing with climate change'. But your recent comments to the BBC, where you said 'you have to be careful that you don't break the law' and that Extinction Rebellion should question whether their actions are 'political and sensible,' suggest you believe otherwise."

The protestors were met at Attenborough's home by his daughter, who turned them away - reminding them they are shielding from the coronavirus pandemic.

popular
Actor who plays Neil in The Inbetweeners 'embarrassed' to be a Millwall fan
Infantino says Wenger's proposal change offside rule would 'stop marginal offsides'
Millwall manager responds to fans booing players who took the knee
Millwall fans boo their own players as they take the knee before kick-off
Paul Merson says Mesut Özil 'has to play' against Tottenham
QUIZ: Fill in the missing club from these players’ career paths – Part 3
A definitive ranking of every swear word from worst to best
You may also like
News
David Attenborough quits Instagram just two months after joining
Film
The seven best things to watch on Netflix this weekend
Television
David Attenborough becomes fastest person to get a million Instagram followers
Quiz
QUIZ: Name the celeb from the Great British Bake Off cake
Music
Sir David Attenborough and rapper Dave team up for Planet Earth special episode
Next Page