Donald Trump becomes first US President to be impeached twice

If convicted, Trump will be unable to run for president again

The US house of representatives voted to impeach President Donald Trump with just a week of his first and only term remaining. 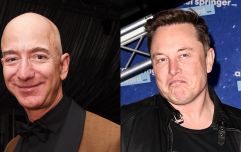 Richest eight people in the world are now worth $1 trillion

END_OF_DOCUMENT_TOKEN_TO_BE_REPLACED

The historic vote came after several Republicans joined the Democrats in voting against the sitting president following the violence that occurred at the Capitol last week. It passed 232-197.

Trump has been accused of inciting insurrection after his supporters stormed into the Capitol building, breaking into Nancy Pelosi's office. Five people died during or shortly after the riot.

With the House voting to impeach Donald Trump, the issue is now passed to the Senate, where a trial will be held to determine Trump's guilt. A two-thirds majority is needed to impeach Trump.

It is unlikely that a full trial could be held before Joe Biden takes over on January 20th, but a successful impeachment could prevent Trump from ever running for office again, as has been mooted ever since his election loss in November.

Wednesday's vote makes Trump the first ever president to be impeached twice. The first came in 2019, when he was impeached over charges of breaking the law by asking Ukraine to investigate Biden to increase his chances of winning the 2020 election. But he was cleared by the Senate.

While his critics hope that he will face conviction on this occasion, former Trump ally and Senate majority leader Mitch McConnell has questioned whether an impeachment trial can be held given how little time Trump has left in office. He has yet to reveal how he will vote.

"While the press has been full of speculation, I have not made a final decision on how I will vote and I intend to listen to the legal arguments when they are presented to the Senate," he said.

Two-thirds of the 100-strong Senate would be needed to convict Trump, which would require 17 Republicans to join Democrats in finding him guilty.