Dad legally banned from seeing his kids over nappy fetish

He described it as a 'harmless activity' that 'affects no one'

A dad in Australia has been banned from seeing his children because of his kink for nappies - a decision which he is trying to appeal. 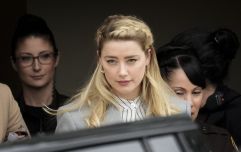 END_OF_DOCUMENT_TOKEN_TO_BE_REPLACED

The man, whose name has been kept anonymous for legal reasons, isn't allowed to see his kids anymore because he likes to wear adult nappies.

His ex-wife and the mother of his children knew about the fetish before they broke up but she told a family court in Australia that the fetish escalated, the Daily Telegraph reports.

The father began wearing the nappies around the house, the mother claimed. The Australian court then heard how the dad reportedly came to pick the kids up in 2019 and had a nappy "partially exposed".

His ex-wife then decided to take legal action against him and last year, a court ruled that the dad was not allowed to see his kids. The father said he posed no risk to them, and appealed the decision - but this was rejected on April 13 this year.

According to additional reports, Justice Hilary Hannan at the Family Court said the dad had not "satisfactorily addressed the issues of risk."

She added: "I have great reservations and ultimately do not accept that the father has an authentic willingness or ­capacity to disavow engaging in the behaviours in question and in his connections to the community."

Advertisement
She said it was inevitable that the father would expose his children to the fetish, which would have a negative impact on them.
The mother's legal team described the decision as a "landmark" ruling but the dad thought otherwise. In an email that he allegedly sent to the Daily Telegraph, the man described the decision as "horrendous" and said he felt he was being discriminated against. He later claimed that he plans to appeal the decision in high court.

The father said: "I feel for and have always respected other minority identities who have been persecuted or treated differently just for being who they are.

"What I choose to do in the privacy of my own home without any children present is my business.

"It is a harmless activity and affects no one."