Brits urged not to socialise unnecessarily ahead of Christmas

A health chief has told Brits to socialise less ahead of Christmas as concerns intensify that the new Omicron variant may lead to further restrictions this festive season. 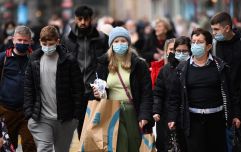 END_OF_DOCUMENT_TOKEN_TO_BE_REPLACED

Dr Jenny Harries, chief executive of the UK's Health Security Agency (UKHSA), said Tuesday that everyone could help keep the spread of the variant under control by "not socialising when we don't particularly need to".

Some 14 cases of the new Covid variant, which is thought to be more transmissible and reduce jab effectiveness, have so far been detected across the UK, but that number is expected to rise in the coming days.

Boris Johnson, who is due to hold another press conference later today where he will urge Brits to take up the offer of booster jabs, has said there is no need to "change the overall guidance about how people should be living their lives".

"We're not changing the guidance on how you should be living your life except... putting a mask on in some contexts... and making sure we check people when they arrive in the country"

PM Boris Johnson says we need "to delay the seeding of Omicron" in UKhttps://t.co/5ll4MlxdQD pic.twitter.com/KEf3VApkLZ

END_OF_DOCUMENT_TOKEN_TO_BE_REPLACED

And Downing Street has clarified there is "no change in our guidance" about socialising, Sky News reported.

Dr Harries told BBC Radio 4's Today programme:  "A critical point here is that even if our vaccines appear to be effective, but we find that the variant is more highly transmissible, having lowish grade infection, but in very large numbers of the population, (it) could still be a significant impact on our hospitals.

"And of course, our behaviours in winter and particularly around Christmas we tend to socialise more so I think all of those will need to be taken into account."

Dr Harries stopped short of saying people should work be asked to work from home, as "not everybody has gone back to work".

"And I'd like to think of it more in a general way, which is if we all decrease our social contacts a little bit, actually that helps to keep the variant at bay. 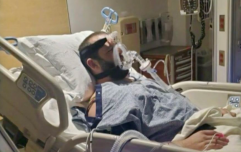 END_OF_DOCUMENT_TOKEN_TO_BE_REPLACED

"So I think being careful, not socialising when we don't particularly need to and particularly going and getting those booster jobs which, of course, people will now be able to have at a three-month interval from their primary course."

In October, the Scientific Advisory Group for Emergencies (SAGE) said that Plan B measures should be implemented in unison to have the biggest effect in tackling any surge in coronavirus cases.

Out of the individual measures, SAGE said working from home would have the biggest impact.

Dr Harries said there had not yet been a surge.

New measures to combat the new Omicron variant of coronavirus came into force Tuesday, with face coverings compulsory in England in shops and settings such as banks, post offices, hairdressers, and on public transport.

All travellers returning to the UK must also take a PCR test and self-isolate until they receive a negative result.

popular
Dr. Dre shares unbelievable video of Eminem's skills to prove no rapper could beat him
'He completely satisfies me' - wife of disabled man hits back at trolls mocking sex life
'Hey kiddo! This is your uncle ' - creepy moment OnlyFans star's relative finds her page
Man tracked down and killed son's paedophile abuser live on TV
The JOE Friday Pub Quiz: Week 279
A definitive ranking of every swear word from worst to best
Former army sergeant who became porn star explains why she made career move
You may also like
News
Boris Johnson's praise for 7-year-old who cancelled birthday party comes back to bite him
News
Compulsory covid jabs for NHS workers could be axed after protests across UK
Life
You'll still have to wear face masks on the Tube, despite end of Plan B
News
Novak Djokovic could sue Australian government for $6m
News
Man's agonising penis pain discovered as rare covid side effect
Next Page