The couple are looking to relocate and go on 'adventures'

The UK's biggest ever lottery winners have revealed themselves and what they intend to use their £184m winnings for. 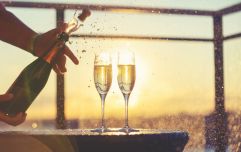 END_OF_DOCUMENT_TOKEN_TO_BE_REPLACED

Joe and Jess Thwaite, 40-year-olds from Gloucester, have won the biggest ever prize from the Euromillions. The couple shares two primary school-age kids, and Joe has two children from a previous marriage who are currently attending university.

They said the win would give them "time to share lots of experiences and go on adventures with our family and friends." 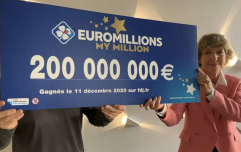 END_OF_DOCUMENT_TOKEN_TO_BE_REPLACED

Joe found out about the monumental win through the Lottery app and decided not to wake Jess as she had 20 minutes left before her alarm. He told Dermot O'Leary that he immediately began looking on Rightmove as the couple had been looking to relocate "for quite a while."

Joe removed the pricing filters and told Jess, "I've got a secret to tell you" when she woke up.

"Don't be stupid, don't be silly," she replied, also believing that he had read the number wrong.

Jess's late father played the National Lottery all his life and naturally "dreamed of winning." 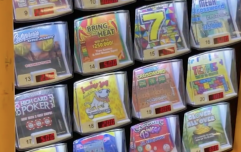 END_OF_DOCUMENT_TOKEN_TO_BE_REPLACED

Her father "would always ask us what we'd do when we won", which Jess said was a "regular conversation."

"I feel like he was preparing us," she explained. "Maybe that is why I seem so chilled, as I've kind of been ready to win for years."

After he passed seven years ago, Joe took up the mantle and began entering himself. It certainly paid off.