Can someone tag Elon Musk?

A EuroMillions winner has decided to donate most of his £167m winnings to charity in the hopes of "saving the world."

END_OF_DOCUMENT_TOKEN_TO_BE_REPLACED

Known only as Guy, the lucky French man secured the second biggest prize pot in French lottery history and won't be the buying all of the lavish material things as you might expect. Instead, Guy is going to set up an environmental foundation named the Anyama Endowment Fund.

Guy was lucky to win the French draw back in December 2020 and initially donated part of his winnings to hospitals. According to The Connexion, he said: "Seeing the happy people around me is the greatest reward. 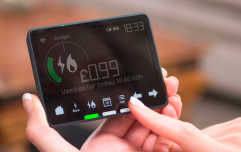 END_OF_DOCUMENT_TOKEN_TO_BE_REPLACED

"When the money falls from the sky, something must be done with it to help those who are not so lucky.

While he did tell the French outlet Le Parisien he wanted to remain anonymous, he also admitted he wanted to "save the planet."

He added: "I have transferred the majority of my winnings and will progressively give the near totality of it to the foundation." 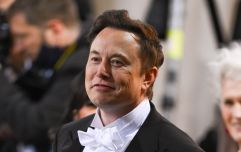 END_OF_DOCUMENT_TOKEN_TO_BE_REPLACED

Guy also admitted to only playing the EuroMillions "for one purpose" - he wanted "to devote most of the sum to the creation of this foundation."

"We have never seen an initiative of this size, but there again, we have rarely seen such high winnings," said Isabelle Cesari, a representative for France's National Lottery. "Often, these things go hand-in-hand."

According to its website, Anyama is named after an Ivory Coast city where Guy had spent a lot of time as a kid.

The website states: "Because nature and man are one and their vulnerabilities force us to act, the Anyama endowment fund has made it its mission to protect the living."