Bradley Lowery's story is one that has brought football fans together.

The terminally ill five-year-old came to the nation's attention when he led out his team Sunderland as a mascot against Chelsea in December and fans chanted 'there's only one Bradley Lowery'. He was also awarded Sunderland's goal of the month award for December.

END_OF_DOCUMENT_TOKEN_TO_BE_REPLACED

Everton then extended him an invite to be a mascot for their game against Manchester City and the Merseyside club donated £200,000 to help Bradley get life-prolonging treatment in the US.

His story also moved Newcastle fans to pay their own special tribute to the boy from Blackhall Colliery, near Hartlepool. 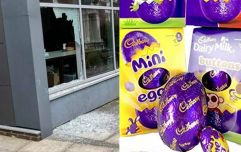 END_OF_DOCUMENT_TOKEN_TO_BE_REPLACED

Yesterday Bradley got to meet his heroes again as members of the Sunderland squad visited him as he received treatment in hospital.

The young fan, who has been battling a rare form of cancer called neuroblastoma since 2013, was able to spend time with his favourite player, Jermain Defoe.

His family tweeted this heart-melting picture Bradley after he fell asleep on the Sunderland forward.

Bradley loves @IAmJermainDefoe he didn't want him to leave today and fell asleep cuddling into him #specialbond #bestfriends pic.twitter.com/sn2symKhdv

Defoe then responded to the tweet saying 'love you little man' with a heart.

Sunderland keeper Vito Mannone also shared this message for Bradley and his family after the visit.

Judging from the reaction Bradley had, the visit made his day.

popular
Multiple fatalities after planes collide mid-air over airport
Incredible case of the only known individual whose parents were two different species
Andrew Tate banned from Instagram and Facebook
The JOE Friday Pub Quiz: Week 308
Footage emerges of Andrew Tate getting knocked out during kickboxing bout
Rishi Sunak names his usual Maccies order - but it was withdrawn more than 2 years ago
Court hears cringeworthy poems Ryan Giggs wrote to his ex
You may also like
Sport
Sunderland fans fall over advertising board celebrating goal against Bristol City
Sport
Jose Mourinho storms on to pitch in attempt to get Sunderland player sent off
Sport
Roy Keane reveals why he turned down Sunderland role
Sport
Roy Keane reportedly rejects offer to be become Sunderland manager
Sport
Roy Keane visibly moved by 'powerful' Ian Wright interview on ITV
Next Page