Boris Johnson’s resignation could be disastrous for Labour

If the Prime Minister resigns, would Labour lose their poll lead?

“We’re expecting more online,” said the general secretary Andrew Harrop, introducing Sir Keir Starmer to the 2022 Fabian Society Conference. The room is half empty: it lacks the rapturous roar of previous halls, and in keeping with Starmer’s November reshuffle, there’s a notable absence of the hard-left. 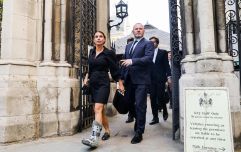 END_OF_DOCUMENT_TOKEN_TO_BE_REPLACED

In a week where nearly every day new evidence has surfaced of the piss up culture at Downing Street while the rest of the country couldn’t attend their parents’ funerals, it is not a shock to hear Starmer repeatedly attack the prime minister: “We are witnessing the broken spectacle of a Prime Minister mired in deceit and deception, unable to lead” he says. A shy applause follows.

Until recently, Sir Keir has steered away from delivering the drama pundits crave, giving Boris Johnson the breathing space to self-implode. Throughout the pandemic, Labour’s strategy has been to present competence and, by contrast, make Johnson look useless, hoping to be elected on managerialism. The long game.

However, that arithmetic changes when the Tories inevitably depose their leader and replace him with someone who can brush their hair.

Two years after delivering an 80-seat majority for the Conservative party, Boris Johnson is battling to survive as Prime Minister. His popularity has nosedived, his own backbenchers want him gone, and two members of his frontbench are reportedly lining up to replace him. Even if the Prime Minister manages to wrangle himself free from partygate the crisis isn’t over, with taxes set to rise, and living standards set to fall, Johnson is in trouble.

END_OF_DOCUMENT_TOKEN_TO_BE_REPLACED

And the polling shows it. The Conservatives have slumped to their lowest numbers since 2013 and, for the first time in a decade, Labour boasts an astonishing 10-point lead. A YouGov survey for The Times places Sir Keir Starmer’s personal approval rating far ahead of Johnson, with an astonishing 60 per cent of respondents saying the prime minister should resign.

Labour have sought to capitalise on Johnson’s plummeting personal numbers. In his speech on Saturday morning, Starmer argued it is in the “national interest” that Johnson steps down, claiming he is “unable to lead”.

But - what happens if he does?

Labour might be 10 points ahead, but the polling could change dramatically if they’re competing with Liz Truss or Rishi Sunak. 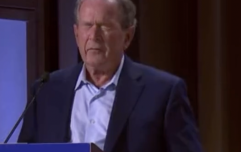 END_OF_DOCUMENT_TOKEN_TO_BE_REPLACED

While Starmer has presented hundreds of proposals since becoming leader, few of them have been anchored in any kind of broader political context.

On Saturday morning, the leader pledged a “health contract”, a promise to save the UK from lengthy wait times, an impending mental health crisis and a shortage of GPs, by bringing policy back in line with the “success” seen under the last Labour governments led by Tony Blair and Gordon Brown.

“The last Labour Government brought waiting times down from 18 months to 18 weeks” said Sir Keir, “We will need to do the same again”.

On the surface an admirable initiative, however, it was Blair and Brown who significantly expanded privatisation within the NHS. Yes, it’s true the Blair government reduced waiting times, but they also introduced private finance initiatives, a practice where private firms are contracted to complete and manage public projects. The Treasury estimates around 90% of existing contracts were signed off by the Blair and Brown governments.

The effective privatisation costs billions (the UK’s PFI debt is four times the size of the deficit used by David Cameron to justify austerity) and if Starmer wants to bring contracts back in-house without increasing tax, he’ll need to tangibly locate a hell of a lot of spare cash.

In 2020, Labour’s now-Director of Strategy Deborah Mattinson published her assessment of the 2019 election. In the book “Beyond the Red Wall: Why Labour Lost, How the Conservatives Won and What Will Happen Next?” Mattinson said Labour had to prove its economic competence to win back lost voters. So where is Labour’s fully-costed health plan? Without it, what chance does Starmer stand against Sunak?

Without costing his proposed expenditure, Starmer risks submitting himself to the age-old Tory criticism that Labour spends too much, and spends it badly. If he is to face anyone other than the incumbent Prime Minister, Starmer will need to persuade hardworking families that Labour will carefully handle their cash, and not fall victim to the age-old adage that the left will bankrupt the ordinary working man.

The Blair line lands well at the Fabian Conference, welcomed by emphatic nods and a few sheepish claps. But there’s a different type of delegate at this speech to the Labourite conferences of the last five years - after a coffee break, I notice no one has touched the alternative milks. More importantly, Keir is praised here by attendees for being “sensible” and “strategic” - attributes rarely described as incentivising traits for voters.