Her funeral is being held on December 3

Barmaid Coredlia Stemp, 49,  'suddenly collapsed' and then died after telling friends she had been spiked at a nightclub. 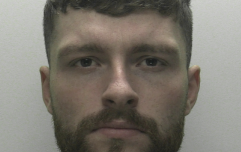 'Wow, hats off to her! Sick remark from Bobbi Anne McLeod's killer after she survived 12 hammer blows

END_OF_DOCUMENT_TOKEN_TO_BE_REPLACED

The 49-year-old was pronounced dead despite efforts from friends to resuscitate her.

Stemp told her friends she felt something was "seriously wrong with her" before leaving the club. She texted her friend Billy Marchant at 1.20 am that she had a "pain" in her stomach and was "sweating". 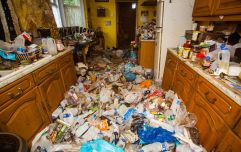 END_OF_DOCUMENT_TOKEN_TO_BE_REPLACED

By the time Stemp reached home in Portsmouth, she was reportedly "not herself at all", reports Plymouth Live.

At home, she told family friend and lodger, Charlie Brown, she "felt like she had been spiked".

Though both Brown and Stemp's partner Roger Beaumont attempted to perform CPR, paramedics confirmed on arrival that there were "no signs of life". 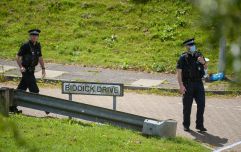 END_OF_DOCUMENT_TOKEN_TO_BE_REPLACED

Cordelia Stemp was confirmed dead at Queen Alexandra Hospital in Portsmouth on November 11.

Her daughter, 23-year-old Yolanda Stemp, told Liverpool Live: "She texted [her friend] on her way home, saying she didn't feel well at 1.15am. At 1.20am she texted him saying, 'I'm burning, I'm sweating'.

"She said she had a pain in her stomach. When she got home, her friend – who is a lodger there – was in the front room. She said to him, 'I feel like I've been spiked'."

She continued: "My mum clearly stated in her text messages that there was something seriously wrong with her.

"I understand that things are very complicated. My main thing is that my mum was very loved, but there is a possibility this could have happened. We're not ruling that it is – it's still inconclusive.

"I want people to remember my mum as the funny, bubbly person that she was.

"If you needed someone to talk to, even if it was 3am on Facebook, she was there for you. She was my best friend… I cry all day most days."

Cordelia's family have been informed that toxicology reports could take up to two months, but police officials have confirmed that the Hampshire Boulevard nightclub was evacuated to conduct a proper search.

Billy Marchant said that: "When she texted me, she obviously felt different to normal. She was lovely, lovely lady."

The landlord of the Hampshire Boulevard nightclub told reporters that "We all felt really shocked and sad, so we decided to put some flowers out the front of the pub.

"She has lived in Portsmouth for a long time and received a lot of affection from the community here since she joined the pub.

"If you knew her, she came across as really friendly, she always had a smile. She always tried her best to make you feel better."

Police are yet to reveal specific details about the case.