The Reserve Bank of Australia (RBA) has had a shocker lads. Honestly. They've fucked it. They've absolutely fucked it.

END_OF_DOCUMENT_TOKEN_TO_BE_REPLACED

They rolled out a new $50 banknote in October last year that not only contains fancy polymer technology which prevents counterfeiting but also features Australia's first female member of parliament, Edith Cowan.

The good news is, er, the typo only appears on *checks notes* 46 million bills. 46 million. It might just be easier to change the Australian English dictionary's correct spelling of responsibility at this point. That's too many notes to recall. That's just too many I'm afraid. Easier to just permanently rejig the word responsibility and alter *checks notes* well over 100 years of speaking the English language there, I reckon.

The typo occurs in the 'micro-print' on the note that is a transcript of Cowan's first speech to parliament. It reads: “It is a great responsibilty [sic] to be the only woman here, and I want to emphasise the necessity which exists for other women being here." 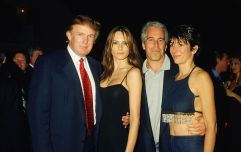 END_OF_DOCUMENT_TOKEN_TO_BE_REPLACED

According to the RBA, the $50 note is the most widely circulated bill in the country and on Thursday a spokesperson confirmed that they were aware of the error, which "will be corrected on the next print run".

Personally, I think this needs to go right to the top. Only the Australian prime minister's involvement will do.