On Thursday morning, the definitely not egomaniacal nothing-of-empire Nigel Farage shocked his political allies and foes alike with a quite startling statement regarding Brexit. Speaking on Channel 5's The Wright Stuff (presumably because he'd booked rare leave from his omnipresence on the Beeb), Farage stated the following:

"My mind is actually changing on this. What is for certain is that the Cleggs, the Blairs, the Adonises, will never ever ever give up. They will go on whinging and whining and moaning all the way through this process. So maybe - just maybe - I’m reaching the point of thinking that we should have a second referendum on EU membership...because we’d kill it off for a generation."

EXCLUSIVE - Nigel Farage says "just maybe I’m reaching the point of thinking that we should have a second referendum on EU membership".@Nigel_Farage | @Matthew_Wright | #wrightstuff pic.twitter.com/T0fROToskr

Exactly, what the fuck indeed.

END_OF_DOCUMENT_TOKEN_TO_BE_REPLACED

Just to confirm that we weren't all collectively falling victim to some Black Mirror-style mindfuck at the hands of Matthew Wright (never trust anyone who always looks like they're on the verge of sneezing without ever doing so), Farage reiterated his sophistic suggestion for a second Ref via his Twitter account:

Maybe, just maybe, we should have a second referendum on EU membership. It would kill off the issue for a generation once and for all. https://t.co/FQxniMi5MA

But, why exactly? What is Farage playing at with this counter-intuitive potentially self-jeopardising strange and usual fuckwittery? If you're anything like us, these questions and more are currently swirling around your pretty little remain/leave heads.

To help solve the mystery of Captain Brexit suddenly warming to a very possible Remain iceberg, we've come up with a few of the most likely explanations...

Farage is being genuine and truthful

There's two problems here. Firstly, YOU ALREADY FUCKING WON - get over it. It's akin to Sir Alf Ramsey demanding a rematch of the 1966 World Cup final because one of the goals was a bit questionable. In fact it's worse, because the latest polls suggest that the Remain vote holds a clear and growing 10% lead over Leave - the biggest difference since the referendum. A redo would risky as fuck, like going into a reply without Bobby Charlton, Gordon Banks, Geoff Hurst and a big lying bus. 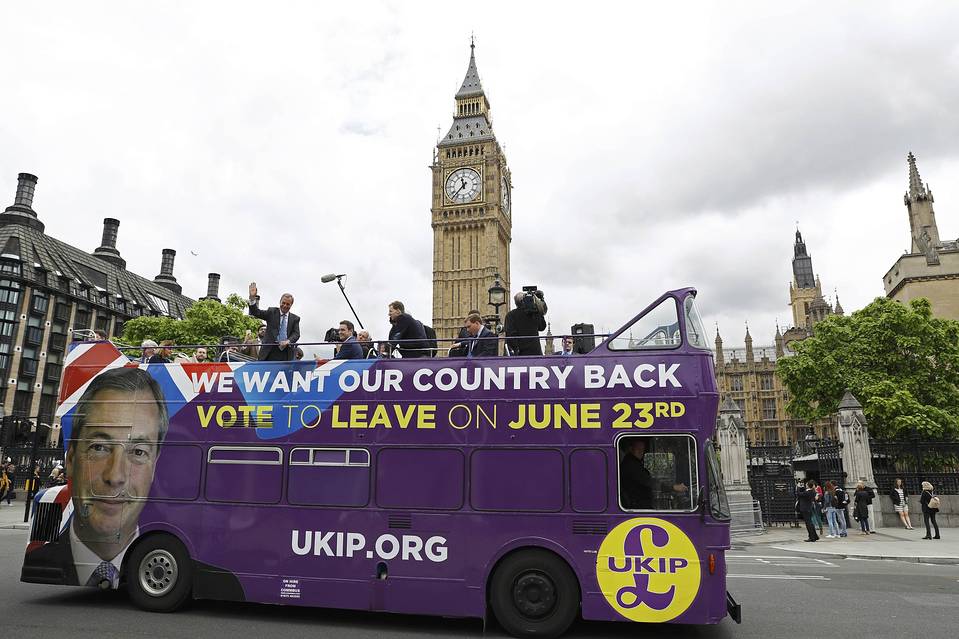 Secondly, you just said it dummy. The 'remoaners' will "never ever ever give up." If you truly believe that the complaints counter to your argument will continue no matter what, why offer up a solution that is slap bang in the middle of what? Have you been on Twitter recently? Have you paid any attention during all those Question Time appearances?

No one holds their hands up and accepts defeat. Ever. You know that. You know a second referendum won't shut anyone up. Funny thing is, you don't seem particularly eager to accept victory either, so...

Farage is feeling useless and misses the limelight

As ridiculous as this sounds, it's certainly not beyond the realms of possibility. Needy Nigel loves to have his smarmy face plastered all over every medium going, and the first EU Referendum had him in his absolute element. He was closer to being as happy as an actual pig in shit as Peppa would be in some underground scat movie (apologies for the imagery).

He was at the very centre of every conversation. He was treated as an equal to actual real-life politicians who'd been voted into Parliament by the general public. Imagine how novel those feels were for him. On top of that, he was received as a legit statesman on the global stage by his international network of fellow Putin-approved right-wing nationalist weirdos. It was like the Avengers, but with thinly-veiled racism instead of superpowers. That shit is addictive as fuck.

So yeah, maybe Farage knows it's a risk to request a second referendum, but it's a risk worth taking in the face of something far scarier than remaining the EU - personal anonymity, and slow but painful irrelevance.

Farage realises Brexit is bad for Britain, and wants to lose

Say, whaaat?! Could it be that a single-minded single-issue ideologue who has built his whole career on a blinkered vision of British isolation from the rest of Europe, under the pretence of something as arbitrary as 'national pride', suddenly realises that there are numerous economic, geopolitical and societal reasons why Brexit would be an unmitigated disaster?

Have the red, white and blue scales really fallen from our Nigel's eyes? In the ultimate heel turn, has the world's most unashamed ignoramus suddenly decided to believe the educated 'elites' he so lambasted in the run up to EU Ref I for their dastardly facts, figures and thorough research? Is it, after everything, time to put ego and small-minded bigotry aside for the greater good?

Farage realises Brexit is bad for Farage, and wants to lose

Now we're cooking (0n homemade lard). There was always a sense that Farage had some sort of exit strategy for when the shit actually hit the fan post-Brexit. In many ways, he had nowt to lose. If the remain triumphed, he could continue lobbying for greater sovereignty in some form, and argue that the Brexit vote showed a clear appetite for change. If leave won, he could bask in personal triumph, without the responsibility/shit-shovelling of elected office (due to never being elected).

So what to do next, after he'd successfully burned bridges with mainland Europe? There's only so many times you can play musical chairs with a succession of replacement UKIP leaders...

Some suggested that his intermittent appearances on Fox News could eventually lead to a permanent gig. That looked like a real goer, until the 'news' station quickly distanced itself from the views of both Farage and Katie Hopkins on what sounded like Muslim concentration camps. Fair play though - it takes some going for Fox to consider you too right-wing and Mussy-hating.

Indeed, the Donald duly pushed for Farage to be appointed the UK's Ambassador to the US. Alas, he didn't get his wish and quickly lost interest in his tongue-tired tush tickler. Since then, poor Nige has admitted that he's "53, separated and skint", and certainly can't afford to give up his EU pension. Maybe, like the rest of us, he can't afford the devasting financial ramifications of Brexit, and realises Gob-like that he's made a huge tiny mistake.

Farage stands for nothing, and lives for drama

Fuck all of the above. This is probably it.