Nicki Minaj's Queen Radio show is largely quite fun, I have decided after scrubbing through two and a half hours of episode 5 to find a bit of context to the below quote.

It's screeching, klaxons and lurid detail about the Queen's sex life, including the eating of ass and sucking of toes. It might work out for Beats 1 - it's certainly not Radio 4. But then again you probably wouldn't hear this on Radio 4 either:

In between tracks from Minaj's newly released album, also called Queen, the rapper delivered shout outs to Halle Berry and then Margaret Thatcher. During a call with a fan Minaj applauded women who have struggled through male-dominated industries and battle with the media, thus far an accurate description of Mrs Thatcher.

"Everyone has to express their truth and I have to ruffle a few feathers along the way, I don't care.

Shout out to Margaret Thatcher.

Sometimes queens and women of power have to do things that even they aren't happy about doing, but they know it's for the betterment of what's to come and who's to come."

Starter for 10, Margaret Thatcher was a joyless bully to her colleagues in the Conservative party and the working class that she held in utter contempt.

END_OF_DOCUMENT_TOKEN_TO_BE_REPLACED

Then chancellor of the exchequer Nigel Lawson has recounted how Thatcher "bullied" foreign secretary Geoffrey Howe in cabinet. Internal memos from the prime minister's closest aide detail the bullying of junior members of staff at Number 10.

To suggest Thatcher was not happy in her work belies total ignorance. "There's no such thing as society," she proclaimed with relish whilst gleefully dismantling it. Crushing the labour unions responsible for the UK's progression on most social issues and the communities around them. Section 28 - a law ruling that councils should not "promote the acceptability of homosexuality" in schools.

When Bobby Sands and other Irish Republican hunger strikers began to die she offered this morbid take: "Faced with the failure of their discredited cause, the men of violence have chosen in recent months to play what may well be their last card." 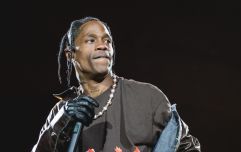 END_OF_DOCUMENT_TOKEN_TO_BE_REPLACED

I look forward to Minaj's next ad lib demonstrating how any of these accomplishments contribute to the "betterment" of those to come. Maybe a bonus track addressing how Thatcherite deregulation precipitated the economic crash in 2008.

The shout out demonstrates a superficial understanding of who Thatcher was and a corresponding level of commitment to feminism. If it helps sell albums, jump on the bandwagon. Now, what rhymes with subprime mortgage?