A town in Indonesia is suffering from a terrible case of the munchies after the local police force destroyed a huge hoard of marijuana by burning it on a bonfire.

The illegal stash was discovered by police in a series of raids, along with ecstasy pills and crystal meth. 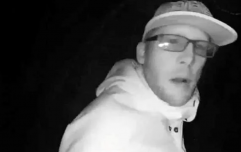 END_OF_DOCUMENT_TOKEN_TO_BE_REPLACED

And, rather than keeping it under lock and key, it was decided the best thing to do was to have a huge fire of drugs.

No prizes for guessing what happened next...

“I got a headache because I wasn't wearing a mask," said one journalist on the scene as the fumes engulfed the surrounding area.

Thankfully for the police, they were all equipped with masks to avoid inhalation.

But the rest of the town is still recovering from its humongous whitey.