Despite their fair share of criticism, the vegan sausage roll has proved a huge success

Never before in my life time had I seen food spark such debate. Sure, we all enjoy a trivial argument about whether pineapple belongs on pizza, where to store ketchup, and whether it's acceptable to pour milk into a bowl before the cereal (it's not). But never before I had I seen such vitriol aimed at such an inoffensive foodstuff, until Greggs launched their vegan sausage roll. 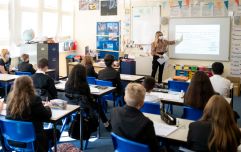 END_OF_DOCUMENT_TOKEN_TO_BE_REPLACED

In my mind - the mind of a guilty meat eater - the angry reaction among vegans towards the meat industry seems far more logical than that which was sparked by a vegan sausage roll.

Piers Morgan went off on his predictably dull rant, claiming that a vegan alternative to a meat product was 'political correctness gone mad.' (?????????)

Others seemed to wilfully misinterpret the news as the original, meat-filled version of the product being discontinued. It was outrage for outrage's sake.

Anyway, in spite of all that, or perhaps because of it, Greggs have enjoyed a huge surge in sales since the launch of the vegan sausage roll.

Vegans outraged over 'ignorant' sign put up by 'psycho' butchers

END_OF_DOCUMENT_TOKEN_TO_BE_REPLACED

The bakery chain have enjoyed an incredibly strong start to 2019” with sales climbing nearly 10% in the seven weeks to 16 February. They were even struggling to keep up with the product's high demand.

Greggs have said that the fanfare around the product led to an increase in the number of customers coming to the bakery, boosting sales of both “the vegan-friendly sausage roll and our other iconic sausage rolls and bakes”.

Shares in the company climbed nearly 7% to an all-time high of £17.13, valuing the Newcastle upon Tyne-based business at more than £1.8bn.

The growth in sales has slowed slightly since the end of Veganuary but it is still expected that the rise at the start of the year will give the company an overall increase on 2018's sales.