Apparently it's not because he just doesn't know the numbers because he's not actually a time traveller.

A strange looking bald man has claimed he is from the future. Yeah. Another one. 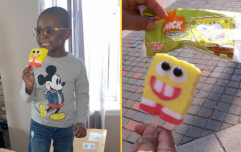 END_OF_DOCUMENT_TOKEN_TO_BE_REPLACED

This bloke, who is calling himself Alexander Smith, says he was part of a CIA experiment which saw him visit the year 2118. He has since returned to us, in the here and now, and is spilling all his vital, vital information about his experiences.

Such as why he doesn't just buy a lottery ticket and become a millionaire.

“I didn’t buy a lottery ticket. It was strictly forbidden by the CIA to do anything that would increase my monetary wealth. You see the CIA were paying me very well for my mission. I was paid a substantial amount so there was no reason for me to try to get lottery numbers from the past" he said.

Alright mate. There's no need to brag about the CIA's generous wage packet for time travellers, is there? Dick.

“They also explained to me if I did so, it could spell the end of the human race because it would cause a paradox" he went on to say.

For me personally that's just an added bonus. The end of the human race AND a winning lottery ticket? I wouldn't think twice. Sign me up. A yacht in the Bahamas and a post-apocalyptic earth. Dream.

popular
Eddie Hearn: Billy Joe Saunders will be out for a 'long, long time' after injuring eye
Elon Musk revealed he has Asperger's syndrome on Saturday Night Live
The JOE Friday Pub Quiz: Week 242
This Billy Joe Saunders fan is probably regretting his choice of tattoo
Families will be allowed to hug each other from May 17, says Michael Gove
Piers Morgan hits out at decision to replace him with Alastair Campbell on Good Morning Britain
A definitive ranking of every swear word from worst to best
You may also like
Life
Ramadan 2021: Everything you need to know
Life
Black people are going missing in vast numbers in the UK
Life
Mum realises on son's wedding day that bride is actually long-lost daughter
Life
Pubs to serve pints from midnight on Sunday as more restrictions are lifted
Life
Carling is officially the most sold lager in UK pubs
Next Page