This could be very useful if you suffer from blackheads...

Contrary to popular belief, blackheads aren't caused by poor personal hygiene and dirtiness, they're caused by excess oil on the skin.

Anyone who's encountered this pesky problem will know they can be little blighters to get rid of.

But try not to worry, if this handy little tip works, worrying about the little black dots splattered across your face could be a thing of the past.

All you need to do is mix together some lemon, salt and water and then apply it to your skin. 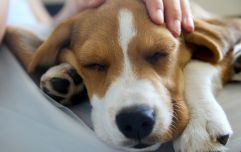 END_OF_DOCUMENT_TOKEN_TO_BE_REPLACED

Massage the mixture into your face for 2 to 4 minutes and then rinse off the mixture once again. Afterwards just wash your face with some normal face cleanser and, after a week or two, those blackheads will be a thing of the past.

However, a word of warning - do not repeat this process more than once or twice a week because overuse of this trick can be unnecessarily harsh on your skin.

And you'll stink of lemons.