Tesco is selling massive boxes of 100 Jaffa Cakes for £1

Look, so whether or not it's officially a biscuit - we all know that interesting factoid about the court case, don't we - a Jaffa Cake has the aura of a biscuit. It's in the biscuit tin. It's in every sense, besides the technical sense, a biscuit. And it's a good biscuit, isn't it? 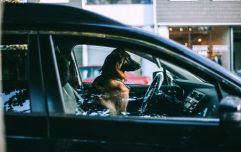 END_OF_DOCUMENT_TOKEN_TO_BE_REPLACED

A great biscuit. One you'd like to bag yourself a bargain on. So, I imagine you - like I - will be delighted that you can pick up a hundred of them. That's one whole hundred. 100. A ton. For just a quid.

I mean, a standard packet of Jaffa cakes only contains 10 cakes. Wowza.

The offer was spotted on the Extreme Couponing and Bargains UK Facebook group.

Sadly, though, it seems that the deal isn't available everywhere. Like the fantastic £8 Jack Daniel's deal, we reported on earlier this week, it's a stock clearance deal that is available only in a few select stores.

Still, at the price it is, I'm not the only one who thinks that it's worth a look on the way home tonight. As one customer wrote on Facebook: "That's 1p a cake. That bang for buck right there."

JOE.co.uk has contacted Tesco for comment on the availability of the deal.

popular
Bartender sends boss brutal three-word response after 3am text
NHS doctor facing deportation because 'she can't speak English'
Woman starts driving over Insulate Britain protestor in furious standoff
Sainsbury's bans sales of fireworks at all UK stores
News host was having absolutely none of Nigel Farage's claims on Monday night
18 months on, Liverpool vs Atletico Madrid from the fans who were at Anfield that night
Newcastle sponsorship deals to be blocked after Premier League clubs hold emergency meeting vote
You may also like
News
Man wakes from coma to reveal bad dream where he was 'forced to be a Tesco delivery driver with a really crap van'
News
Man says he failed drug test for job after 'eating poppy seed bread'
News
Tesco customer orders apples and gets sent a brand new Apple iPhone instead
Sport
Man designs football kits for the UK's biggest supermarkets
Food
Tesco are now selling packs of halloumi fries
Next Page