Sunny Spanish countryside over stuffy England? Count me in!

Have you ever wanted to run away to another country to start a new life? Well, now you can! Griegos, a small town in the northeast of Spain, is offering free houses and jobs to encourage people to move there. 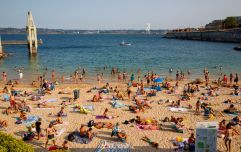 END_OF_DOCUMENT_TOKEN_TO_BE_REPLACED

With only 132 residents currently living there, there is one minor catch. Griegos is only accepting applicants who have a family and kids. Their local school currently only has nine pupils, but the addition of new families could mean they open a second class.

The first three months rent are entirely free, after which it rises to 225 euros. However, families get a fifty euro discount per child, meaning a family with three kids would only pay seventy-five euros a month! An absolute steal for sunny Spain!

END_OF_DOCUMENT_TOKEN_TO_BE_REPLACED

If you are concerned with earning money while living there, then the town also has that covered for you. There are two jobs up for grabs within the town itself, and another three are also being offered by the town hall.

"We offer you work in the kitchen and restaurant for you and your partner at the Paladar de Aragón, located in La Muela de San Juan. Or you can manage the Griegos hotel-restaurant, located in the square," the advertisement says.

"If you are one of those who work from home [...] You can telecommute and make use of our coworking."

But this incredible opportunity has widespread attention, meaning you would be in competition with 3,000 other applicants. Due to the sheer number of interested parties, the town is now asking for a video message to illustrate why you would be a good addition.

"[We want] to convince other people to contribute the lack of professionals that exist in rural areas, such as bricklayers, electricians, plumbers or shepherds."