The New York woman who sued her nephew for $127,000 has spoken publicly about the case for the first time.

Jennifer Connell failed to get a penny from pursuing legal action after a jury took just 25 minutes to dismiss her claim.

But Connell, 54, has now released a statement in which she says that suing was the only possible option after her medical insurance failed to pay out on the wrist injury sustained when her eight-year-old nephew jumped on her at a birthday party in 2011.

'From the start, this was a case… about one thing: getting medical bills paid by homeowner’s insurance,' said Connell's lawyers.

'Our client was never looking for money from her nephew or his family. It was about the insurance industry and being forced to sue to get medical bills paid. 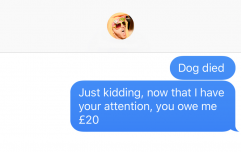 11 savage texts it's perfectly acceptable to send your siblings

END_OF_DOCUMENT_TOKEN_TO_BE_REPLACED

'Our client was very reluctant to pursue this case, but in the end she had no choice but to sue the minor defendant directly to get her bills paid.'

Connell also told CNN that she her nephew had to be named as the defendant because of the nature of legal proceedings.

“It’s amazing the power that the Internet has that something can go viral, completely out of context. I’m certainly not trying to retire to some villa in the south of France. I’m simply trying to pay off my medical bills.”


popular
The most overrated (and underrated) gym exercises of all time
Who is the most handsome footballer in the Premier League?
Young guys absolutely lose it hearing Phil Collins' In The Air Tonight for the first time
The 11 unbreakable rules of making a cup of tea
Bryan Cranston confirms a Malcolm in the Middle reunion happening this week
QUIZ: Name every WWF champion from the Attitude Era
England could lose several promising youngsters to Jamaica

You may also like
Quiz
Personality Test: What percent disappointment to your parents are you?
Life
Study shows that the eldest sibling is the smartest
Fitness & Health
Lorry driver loses five stone, saying 'I did it for my kids'
News
The police are trying to find out who this man, all they have to go on is a 'playing card' tattoo
News
Ed Sheeran says he will quit music to raise family with fiancée
Next Page