Why drug casualties could be the worst ever this summer

Dodgy drugs, pent-up frustrations after a year in lockdown, and twice-as-many young people cutting loose for the first time - here's why experts are worried

August could be the most dangerous month ever for drug-related harm at music festivals and nightclubs, an industry-leading team of experts has warned. 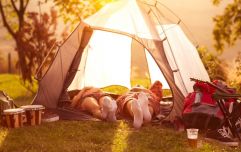 END_OF_DOCUMENT_TOKEN_TO_BE_REPLACED

Pent-up frustration due to the lack of partying under lockdown as well as supply chain issues causing drug quality to be more variable than usual is two of the major factors contributing to a feeling of unease as the festival season continues.

There have also been two drug-related deaths in recent weeks and there are twice as many young people cutting loose, as those who turned 18 at the start of the pandemic missing last summer.

Festivals taking place this August include Wilderness in Oxfordshire, We Out Here in Cambridgeshire and a number around the bank holiday weekend. They include Reading and Leeds festivals, Creamfields in Cheshire and All Points East in Victoria Park, London.

Adam Waugh, a member of the senior healthcare team at The Loop, the UK’s first drug checking organisation, fears dodgy batches of pills and MDMA may be rife, particularly over the August bank holiday weekend. 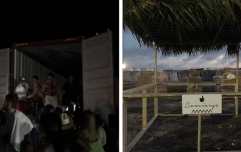 A luxury $12,000 festival in the Bahamas has descended into absolute chaos

END_OF_DOCUMENT_TOKEN_TO_BE_REPLACED

And he fears people may party excessively now lockdown's ended to "make up for lost time."

“We are concerned that coming out of lockdown a number of unprecedented factors will come together this summer which increase the risk of drug related harm in nightclubs and at music festivals,” he told JOE.

People's tolerance may have changed, and their mental health may have been affected by lockdown, adding further risks to drug use this summer, notes Adam.

"There have also been no drug checking services during the last 18 months," he adds, "so there’s also a concern that we are going into the summer with less awareness about what substances of concern are in circulation.” 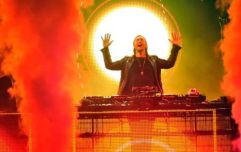 END_OF_DOCUMENT_TOKEN_TO_BE_REPLACED

City centre drug testing hasn't been taking place due to lockdown, meaning experts such as The Loop admit they "aren't really sure" what's in circulation, although Adam notes: "There is good reason to believe that high strength drugs are still in circulation, which in previous years have caused a number of fatalities.

"There is some concern that there may be an uptick in adulterated and missold party drugs this summer - but there’s no concrete evidence yet.”

• Brits head to packed nightclubs at midnight on 'Freedom Day'

• Vaccine certificates to be compulsory in nightclubs from September

The warning comes a fortnight after clubs opened with no restrictions after being closed for over a year, save for a number of socially distant events where clubbers were required to remain seated.

There have been two drug-related nightclub deaths since clubs reopened. A 21-year-old man died and two others fell ill at London nightclub the Cause over the weekend after taking illegal drugs.

Superintendent Simon Crick, head of policing for Enfield and Haringey, said after the incident: “There is no safe way of taking illegal drugs, however, the incidents overnight have caused us particular concern.

“We urge anyone who bought drugs in or around the nightclub to dispose of these substances as soon as possible.”

Another man died and twenty others were taken to hospital in Bristol, the first weekend after 'Freedom Day.'

In a statement, Bristol City Council commented: "There are dangerously high-strength recreational drugs in circulation. Be aware of the risks."

Painting a picture of the broader issue, Adam adds: “I think that most people who are familiar with partying, clubbing and festivals think there will be pent-up demand this summer. Festivals and nightclubs are attended each year by millions of Brits, and many people have expressed to us how much they’ve missed being able to dance."

And then there are people who turned 18 during the pandemic, now aged 19, who have been blocked from going clubbing for over a year, which Vice reported on.

"There are twice as many young people this summer attending their first festivals, first nightclubs, as those who turned 18 at the start of the pandemic missed last summer," says Adam.

"There are 850,000 18 years-old out clubbing this summer! This is significant because young, less experienced adults can be at higher risk of misjudging their limits and succumbing to drug-related harm."

If you're partying, be particularly aware of triangular-shaped grey-blue pills with 'Tesla' on the front and shaped like a shield. If you come across any, throw them away.

The Loop collaborated with Metro.co.uk to work on a really useful guide to seshing sensibly - it's really worth a read.

If you get into trouble when out, call 999. If you need extra advice, The Loop offer non-judgemental drugs testing services and their website has plenty of articles offering useful information. The organisation test samples direct from drug users who bring samples to get tested, and then chat through the results of what's in the drugs with the person to suggest ways to reduce the likelihood of harm. They also work with public health services and event organisers to work out ways to minimise risk.