Can you really blame her?

A woman has shared the "unacceptable" story that led to her storming out of a recent date, leaving the man with the bill and in a very tense atmosphere. 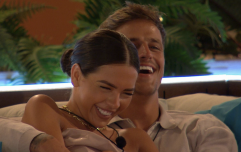 END_OF_DOCUMENT_TOKEN_TO_BE_REPLACED

Writing anonymously through Reddit, the 30-year-old dished on her dining experience with her partner. Essentially, sometime after ordering, her boo whipped out a bell to hurry the staff along.

She wrote: "This might sound bad but I don't know if I was the a**hole here.

The woman stormed out of the restaurant, but can you blame her? 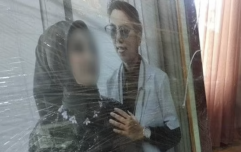 END_OF_DOCUMENT_TOKEN_TO_BE_REPLACED

"I have been dating my boyfriend Rhett for four months. We live in different towns and he's not from here, (he's an American living here) he usually visits on the weekends, this time I decided to visit his town and eat out at a diner.

"Rhett was already there when I arrived to the diner, we talked some, checked the menu, then when it was time to order he pulled a small bell out of his jacket pocket, lifted it up then started shaking it."

The woman claimed the bell created a "loud, annoying sound", and when prompted on why he was doing it, her partner said he "was trying to get one of the waiter staff's attention."

She explained that she asked him to stop but he just "kept shaking it" until she began to get looks from other customers.

"I demanded him to stop but he said not till someone came and took our order. I threatened to leave the place and cancel dinner if he wouldn't and he kept doing it," she wrote.

The woman claims her boyfriend wants an apology/Via UnSplash
Advertisement

After someone eventually responded to the bell and took the couple's order, the disgruntled girlfriend stormed out, followed shortly by an equally angry Rhett.

"I told him that I couldn't take being embarrassed by him and he got upset and said that he didn't get why I thought the bell was embarrassing, explained that it was a perfect solution for no longer being forced to wait till someone shows up," the woman wrote.

"I said it's inappropriate and embarrassing here. He said I was being too sensitive and overreacted over nothing. He insisted we go back inside but I refused."

Now the boyfriend is sulking
Advertisement

The couple then left with the man complaining that his date had in fact "ruined dinner by cancelling it and offending him by acting like his behaviour is shameful".

The man apparently went on to say his idea was "genius".

He then sulked for days and sought an apology.

A staggering 3,000 people replied to the post, with one writing: "That's incredibly rude and beyond inappropriate. You are NTA and your BF is a rude, entitled AH who would be thrown out of most restaurants in the US for that sort of behaviour."

popular
Landlord faces £40k fine after tenant puts swimming pool on roof of flats
Incredible case of the only known individual whose parents were two different species
Brits will be charged to enter Spain, Greece, France and Portugal
Bulgarian mystic who correctly predicted Princess Diana’s death and 9/11 sees 2022 prophecy come true
Moment Jake Paul ends up in dramatic fight with YouTuber in club
Graeme Souness under fire for calling football a ‘man’s game' while sat with Karen Carney
Amber Heard's lawyer Elaine Bredehoft steps down from representing actor
You may also like
News
Couple takes paternity test and the results are being dubbed 'the plot twist of the year'
Entertainment
Amber Heard challenges Johnny Depp to do interview after he commented on hers
Entertainment
People are worried for Leonardo DiCaprio's girlfriend as she celebrates her 25th birthday
Entertainment
Amber Heard admits to still loving Johnny Depp but wants to focus on being a 'full-time mom' now
News
Parklife boss wants to pay for couple's honeymoon after they got engaged at his festival
Next Page