John Westlake even flashed a person on a mobility scooter

A holidaymaker found a novel way of passing the time while he waited for his pizza. He climbed inside a speed camera and flashed passers-by with his mobile phone - including a person on a mobility scooter. 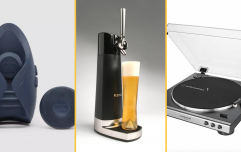 Valentine's Day gifts for men: Presents he will actually thank you for

END_OF_DOCUMENT_TOKEN_TO_BE_REPLACED

John Westlake's late-night antics in Towyn, outside the Lyons Winkups Holiday Park, were captured on video by his wife Sarah-Jane Westlake-Mearns, who posted it on Facebook on August 19.

Westlake, 38, spotted the speed camera while his takeaway was being cooked around 12.45am, and said he thought it would be "a funny way of killing some time". Sarah can be heard egging him on throughout the video which shows Westlake flashing passing vehicles with his mobile phone whilst sat inside the camera's box. Pizzeria Franco Manca to donate 20,000 pizzas to the homeless this December

END_OF_DOCUMENT_TOKEN_TO_BE_REPLACED

Cars can be seen slowing down after being flashed, much to the amusement of the couple - and the hundreds of people who have since commented on and shared the Facebook post.

"We were waiting outside for our pizzas when I noticed a hole in the back of the speed camera," Westlake said.

"At that point, I thought it would be a funny way of killing some time to climb up and flash the passing cars to see if they'd slow down."

Once inside the speed camera, Westlake says he began flashing "everyone who was going past, not just people in the cars". 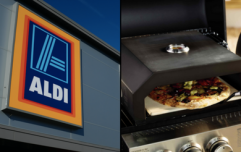 END_OF_DOCUMENT_TOKEN_TO_BE_REPLACED

"I flashed one person who went by in a mobility scooter and told them to slow down," he said.

"I just took a run-up and managed to climb in. I was quite surprised the next day, when I saw the speed camera, that I had managed it to be honest.

"We were just having a laugh really. Every car I flashed slowed down afterwards - it kept us entertained when we were waiting for our food.

"I think people relate to it because no one likes speed cameras."

popular
Some Stranger Things fans are now trying to cancel Metallica
Runner finishes last in 400m race as penis keeps falling out of shorts
Asda slammed for 'embarrassing poorer families' with new product redesign
Man books first-class flights for himself and his best friend - but leaves wife in economy
'Empty Old Trafford' trends as Man Utd fans look to send Glazers a powerful message
Pete Davidson in 'trauma therapy' after being 'triggered' by Kanye West's harassment
Tens of thousands rush to sign-up to 'Enough is Enough' campaign - crashing their website
You may also like
Sport
Fan orders pizza to stadium during Leyton Orient game
Sport
UEFA drop legal threat against restaurant over name of their pizza
Sport
UEFA take legal action against restaurant over name of a pizza
News
Man jailed for planting razor blades in pizza dough at supermarkets
Uncategorized
Pizza could be a better breakfast than sugary cereal, says expert
Next Page