LISTEN: Man calls 999 to tell them his Snapchat isn't working

We've all panicked when our favourite app stops working or our computer freezes - but it's important to always keep things in perspective.

While it may seem like an emergency to you that your Snapchat is down, it's probably best to keep that information to yourself or those in your life who would care about such things. 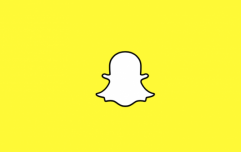 END_OF_DOCUMENT_TOKEN_TO_BE_REPLACED

What you certainly shouldn't do in this situation is call the police looking for help, which is exactly what one foolish Snapchatter did this week before being informed that his call could be traced back to him.

West Midlands Police released a recording of the call, asking people to not waste the time of the emergency operators by reporting such mundane incidents.

It's not okay to call us on 999 if you have a problem with your Snapchat. Listen here: https://t.co/xGvo8K6XSr #ThinkBeforeYouCall

popular
Jurgen Klopp reacted like everyone else to Darwin Nunez headbutt red card
Incredible case of the only known individual whose parents were two different species
Man, 27, who is engaged to great-great-grandmother, 74, slams critics of his 'perfect' relationship
Bulgarian mystic who correctly predicted Princess Diana’s death and 9/11 sees 2022 prophecy come true
Landlord faces £40k fine after tenant puts swimming pool on roof of flats
Angry woman confronts blind man at gym and accuses him of starting at her
Moment Jake Paul ends up in dramatic fight with YouTuber in club
You may also like
Sport
Mikel Arteta trolled with Snapchat filter after North London Derby loss
News
Snapchat forced to confirm new crying filter is not inspired by Amber Heard
Sport
Romelu Lukaku posts not so cryptic Snapchat story amid Chelsea struggles
Social Media
Cyber flashers could now face time behind bars and added to the sex offenders register
News
University withdraws student offer over racist abuse of England players
Next Page