Lego next set will be entitled 'Everyone Is Awesome'

Legendary Danish toy company, Lego, is set to realise its first set inspired by the LGBTQIA+ community. The rainbow-themed bunch of blocks and tiny figurines will be simply entitled, 'Everyone Is Awesome'. You love to see it. END_OF_DOCUMENT_TOKEN_TO_BE_REPLACED

While most of the coloured stripes were chosen to reflect the original rainbow flag emblem, pale blue, white and pink are said to represent the trans community, while black and brown acknowledge the diversity of skin tones and backgrounds within the LGBTQIA+ community.

The figurines themselves do not have a defined gender and are intended to “express individuality, while remaining ambiguous”,  except for one, according to designer Matthew Ashton, who said the purple figurine with a beehive wig, “is a clear nod to all the fabulous drag queens out there”.

Ashton initially created a prototype of this set for his desk after he moved offices and wanted to make his new workspace "feel like home" and make "something that reflected me and the LGBTQIA+ community I’m so proud to be a part of". Understandably, highly-colourful set caught people's eye and he realised it should be brought into circulation

He said that he wanted to be more vocal in his support of inclusivity, stating:

“Growing up as an LGBTQ+ kid – being told what I should play with, how I should walk, how I should talk, what I should wear – the message I always got was that somehow I was ‘wrong'. Trying to be someone I wasn’t was exhausting. I wish, as a kid, I had looked at the world and thought: ‘This is going to be OK, there’s a place for me’. I wish I’d seen an inclusive statement that said ‘everyone is awesome’.” 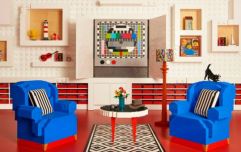 END_OF_DOCUMENT_TOKEN_TO_BE_REPLACED

Ashton described Lego as a company that wants to be outspoken over such matters and his colleagues agree. The set itself goes on sale on 1 June (the start of Pride month) but a few AFOLs (adult fans of Lego) and GayFOLS have been given a special preview.

Flynn DeMarco - a member of the LGBTQIA+ FOL community and a contestant on the television show Lego Masters USA - said "This set means a lot. Often LGBTQ+ people don’t feel seen, especially by corporations. There’s a lot of lip service and not a lot of action. So this feels like a big statement.”

This isn't the first effort to improve representation by Lego either: they sell braille blocks for the visually impaired, they included a tiny rainbow flag in their build of Trafalgar Square; figurines of all different skin tones have been sold for some time and bride and groom 'BrickHeadz' are sold separately so that fans can put two women or two men together. 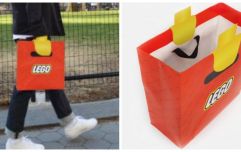 Some genius made a bag that makes you look like a LEGO man, and you definitely want one

END_OF_DOCUMENT_TOKEN_TO_BE_REPLACED

DeMarco said he hopes the set will help broaden people’s minds and that people will look a company they love like Lego "and think, ‘Hey if it’s OK for Lego, maybe it’s OK for me, too.’”

He concluded by saying that “[f]or Lego to do something so inclusive, so full of joy – it made me smile, then cry, then smile a little more". Us too brother, us too. Class all round.

popular
The Office stars say they were almost ‘poisoned’ to death while filming iconic scene
Musa Yamak dead at 38: Unbeaten boxer suffers heart attack in ring and collapses
Rangers and Frankfurt fans violently clash in Seville ahead of Europa League final
John Lundstram somehow escapes booking for reckless challenge on Sebastian Rode
Detective spots key clues in Johnny Depp and Amber Heard's body language during trial
Boris Johnson ended WFH because it was destroying newspaper sales, Dominic Cummings claims
Lip readers analyse what Johnny Depp’s lawyer told him as they celebrated in court
You may also like
News
Lego to remove gender bias from its toys after child survey
Entertainment
The Lego Titanic is the largest ever set with 9,090 pieces - and it splits into sections
Sport
Child brilliantly recreates Borussia Dortmund stadium out of lego
News
Anti-LEGO slippers are here to save your feet from further torture
Entertainment
You now can watch The LEGO Movie for free on YouTube - but only for today
Next Page