Amid the cost of living rising in the UK and across the globe, finance experts have tipped Elon Musk to become the world's first trillionaire by 2024.

END_OF_DOCUMENT_TOKEN_TO_BE_REPLACED

Besides existing ventures like Tesla, SpaceX and Starlink continuing to generate vast amounts of wealth for the controversial entrepreneur year in, year out - securing multiple government contracts in the process - Musk's impending Twitter acquisition has gone some way to establishing his $200bn plus fortune, according to Forbes' real-time net worth.

It's been such strong year for Musk in fact, that research published by Tiplato Approve suggests that his current rate of growth "could potentially see him enter the trillion-dollar club in just two short years, achieving a net worth of $1.38 trillion by 2024 at age 52.”

END_OF_DOCUMENT_TOKEN_TO_BE_REPLACED

Not only would he be the first person to reach this milestone in the world but were he to pass the threshold in time with this schedule, he would have managed to do so just a year older than most become a millionaire.

As the procurement and business spend software company goes on to explain, "Musk’s fortune has shown an annual average increase of 129%" since 2017 and, as alluded to above, has benefitted massively from Space X's "governmental and commercial clients", who have paid the 50-year-old massive sums to launch "satellites, ISS supplies, and people.” 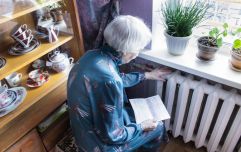 END_OF_DOCUMENT_TOKEN_TO_BE_REPLACED

Despite his apparent opposition to government subsidies, a recent report showed that between Tesla and SpaceX, Musk has actually received more than $7bn in government contracts, not to mention billions more in tax breaks, loans and other subsidies.

Approve's study went on to add that Musk quickly leapfrogged Amazon and Blue Origin CEO, Jeff Bezos, who only a few short years ago was expected to become the first to earn a trillion — he's still projected to reach that landmark by 2030, mind you.

The pair were actually two of three billionaires, alongside Bill Gates, who lost a combined $115bn in the last few months, but given how much stock prices fluctuate - especially when Musk's name, in particular, is attached to it - it doesn't seem to have affected to his trajectory much at all.