The beard trend has officially gone too far.

Keen to nab himself the hipster accessory every man worth his topknot and check shirt is currently rocking, Geordie Shore star Kyle Christie has done something rather unnerving. 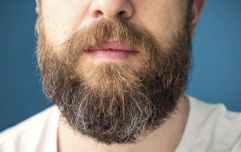 END_OF_DOCUMENT_TOKEN_TO_BE_REPLACED

The 24-year-old has undergone a 12-hour beard transplant.

Having split with his girlfriend Holly Hagan, the TV personality blew a whopping €10k on the procedure to enhance his facial fuzz at the Hair Transplant Centre in Liverpool.

It's not the first time Kyle has turned to doctors to change his appearance, having had a hair transplant last year. 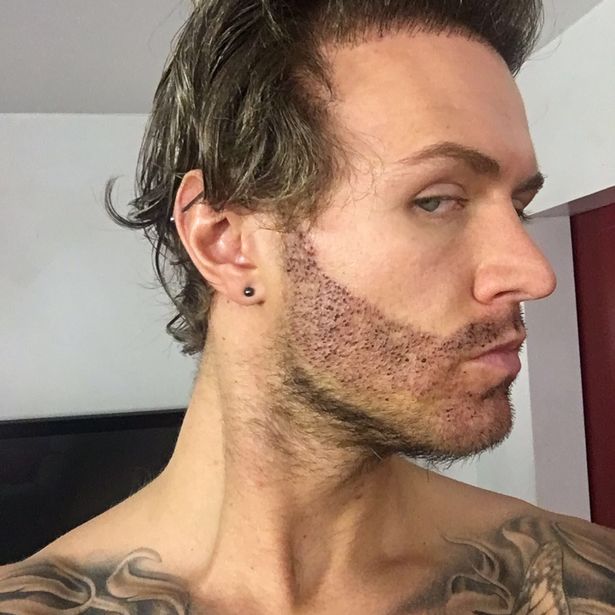 The operation involved the removal of 2,000 follicles from the nape of his neck, after which they were grafted onto his chin, cheeks and upper lip.

If the follicles take, doctors estimate that Kyle could have a full beard within 18 months.

A post shared by DR. Jyotsna Kumari (@theskinandhairtransplantcentre) on Nov 26, 2016 at 9:03am PST 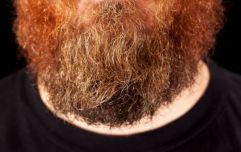 Ever wonder why some non-ginger men end up with ginger beards?

END_OF_DOCUMENT_TOKEN_TO_BE_REPLACED

Dr Kumari of the Hair Transplant Centre told the Mirror that Kyle designed his own hairline after becoming frustrated with his patchy beard growth:

"He had a confidence problem. Obviously he's a telly guy and he wants to look his best," Dr Kumari said.

"He wanted his beard to look more filled out – just for his self-esteem, he doesn't want to feel low about it."

We don't know where to look.

popular
Big Brother star Nikki Grahame dies aged 38
Bars announce plans to open at 12:01am on Monday
Maya Jama criticised for 'disrespectful' video outside Buckingham Palace
The JOE Friday Pub Quiz: Week 238
Prince Philip refused return to hospital in days before his death
Fireworks set off during two minutes' silence at Celtic game
3pm EFL matches to be moved next weekend to avoid clash with Prince Philip's funeral
You may also like
Entertainment
John Cena has a beard now, and he looks weird
Life
17 things all guys with beards know to be true
Sport
Here's why UFC fighters are required to trim their beards
Entertainment
Zayn Malik has shaved off his beard and he looks like a different bloke
Fitness & Health
Science says if you have a beard, you're probably having all the sex
Next Page