A new Spyro The Dragon game has been teased by Activision

After Crash Bandicoot 4, Spyro has to be next, right...

Activision may have possibly teased a fourth Spyro The Dragon game.

END_OF_DOCUMENT_TOKEN_TO_BE_REPLACED

As spotted by the Spyro Universe Twitter fan account, the hint appears to have been dropped in the new Crash Bandicoot 4: It's About Time Art Book.

The book has a quote that points out a little Spyro hidden in the background of the art for the Crash Bandicoot 4 level 'Dingo's Diner'.

"... and a little hint at Spyro," reads the quote from concept artist Brun Croes.

The first official hint for "Spyro 4" is here! The #Crash4: It's About Time Art Book has a quote which confirms the hint.

Spyro can clearly be seen poking his head up in the background of the art.

Zoomed in pictures for reference. 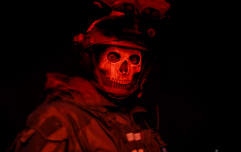 END_OF_DOCUMENT_TOKEN_TO_BE_REPLACED

The first Spyro The Dragon game landed on the PlayStation 1 all the way back in 1998.

Those three games were remastered and released as the Spyro Reignited Trilogy in 2018, introducing a whole new generation to the purple dragon, as well as offering a swift nostalgia hit to Millenials who grew up playing the original games.

A steady stream of Spyro games came out on various consoles throughout the 2000s, including a new trilogy of games between 2006 and 2008.

The last new Spyro game to be released was in 2011 with Skylanders: Spyro's Adventure, the first installment in the short lives toys-to-live line. It was also intended to kick-off a new trilogy of games starring the dragon, but obviously, that never happened.

But if the success of Crash Bandicoot N. Sane Trilogy led to a proper new Crash, surely the same thing can happen to Spyro?