GIVE US GOLDENEYE. NOW

Ever the innovator, Nintendo have had incredible success with their NES and SNES Classics units – cute little mini recreations of their iconic consoles, pre-loaded with a load of classic games ready to play, and the right cables to hook it up to modern TVs.

END_OF_DOCUMENT_TOKEN_TO_BE_REPLACED

The concept has been so successful, that Sony have straight-up copied it and announced a PlayStation Classic, coming in time for Christmas.

What do we want next? Well, obviously a Sega Dreamcast Classic, complete with Shenmue, Jet Set Radio and Space Channel 5. But sadly, it doesn’t seem like the world is ready for that.

Second choice though? Definitely an N64 Classic. And it looks like one might be on its way. Possibly.

A report on Business Insider points to a recent European trademark filing from Nintendo, that is the outline of the N64 controller. Have a look: 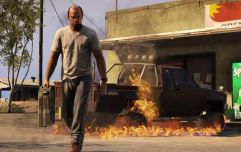 END_OF_DOCUMENT_TOKEN_TO_BE_REPLACED

What does that mean, we hear you ask? Well, on the packaging of both the SNES and NES Classics, a similar outline of the controllers of those console is printed, suggesting this could be a logo for an N64 Classic. There also aren’t many other N64-related things that we can imagine Nintendo might be planning, so it would be a reasonable guess to think this is for the next console in the Classic range.

So hurry Nintendo, and give it to us. We want Mario 64. And GoldenEye. And Mario Kart. And The Ocarina of Time. Now.

popular
Landlord faces £40k fine after tenant puts swimming pool on roof of flats
Bulgarian mystic who correctly predicted Princess Diana’s death and 9/11 sees 2022 prophecy come true
Benjamin Mendy was a 'predator' who 'engineered situations' to rape women, court told
Graeme Souness under fire for calling football a ‘man’s game' while sat with Karen Carney
Man United have 'decided to sell' promising midfielder James Garner
Incredible case of the only known individual whose parents were two different species
Coca-Cola has released a new flavour that tastes like 'dreams'
You may also like
Entertainment
Pokémon card listed on eBay for $9.99 sells for over $300,000
Entertainment
Super Nintendo World is officially open
Gaming
Nintendo is being sued by 10-year-old boy over the Switch controller
Gaming
QUIZ: Can you name the Nintendo DS game from the screenshot?
Gaming
Nintendo announces new augmented reality Mario Kart for Switch
Next Page