Some food organisations have suggested it could impact the climate crisis

France is becoming the first country in the European Union to ban words such as "steak" and "sausage" from being included in advertisements for plant-based meals. 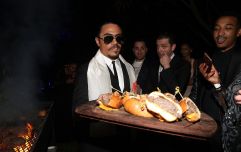 END_OF_DOCUMENT_TOKEN_TO_BE_REPLACED

The rise of veganism has seen a huge surge in plant-based products that imitate meat in recent years - many of which still include references to meat.

However an agreement which comes into effect this October will see this change, The National reports. 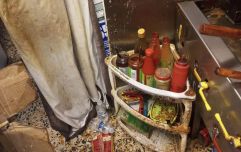 END_OF_DOCUMENT_TOKEN_TO_BE_REPLACED

The official decree, published on Thursday, stated: "It will not be possible to use sector-specific terminology traditionally associated with meat and fish to designate products that do not belong to the animal world and which, in essence, are not comparable."

The regulation, which was decided in 2020, will only apply to products made in France, which leaves the door open to exports. France's biggest farm lobby FNSEA argues this does not go far enough.

Beyond Meat burgers are a popular choice of plant-based burger patty (Photo: Getty)

The word "burger", used by US brands such as Beyond Meat, will still be allowed to be used, as it does not refer specifically to meat, France's meat industry association, Interbev said.

In a statement encouraging other countries to adopt the law, Interbev said: "This provision is a first step on French territory, a pioneer in the protection of its names, which should be extended at the European level."

Terms such as "milk", "butter" and "cheese" for products that do not come from animals have been banned in the EU since 2017.

Other countries have done the same

The news comes in the same week that South Africa also banned plant-based brands from using meaty terminology. The South African Meat Processors Association (SAMPA) said the terms are "misleading," while plant-based companies have said the opposite.

Speaking to Food Navigator, Tammy Fry, who works at plant-based company Fry Family Foods, said: "Our product descriptions play an important role in helping out consumers understand how to use our products."

Donovan Will, country director, ProVeg International said the new law is "exactly what we don’t need when the world's scientists are telling us we urgently need to reduce our meat consumption to help brake dangerous global warming."

What about in the UK?

Currently, the UK is not facing such bans. In fact, back in 2019, a committee at the House of Lords unanimously agreed that using words like “sausage” and “burger” when describing vegan and vegetarian food makes labels clearer and more easy to understand.

Though this year, the Ulster Farmers Union in Northern Ireland called for a ban on the use of meat-related terms on plant-based products. In response, vegan meat company THIS called for guinea pigs to be "fined" as well as butterflies and catfish to change their names in a joke manifesto.

THIS founder and co-CEO Andy Shovel in a statement said: "It is mind-blowing that the Ulster Farmers Union reckons that UK consumers could pick up a pack of our ‘THIS ISN’T CHICKEN’, and think it was previously feathered and clucking. The massive, massive clue is in the name. Other brands in our category have equally not-at-all-confusing product names, like meat-free sausages."

popular
Ex-teacher who got pregnant by former student plans to film birth so it can be taught in schools
Landlord faces £40k fine after tenant puts swimming pool on roof of flats
James May 'hospitalised after crashing into wall at 75mph filming new show'
Lisa Kudrow hits back at fans complaining about lack of diversity in Friends
Robin Williams' wife shares reason why he killed himself
Furious Reading and Leeds ticketholders demand refunds as band replaces Rage Against The Machine
The JOE Friday Pub Quiz: Week 307
You may also like
News
Rainwater is now too toxic for humans to drink and it's our fault, study finds
Sport
Liverpool manager Jurgen Klopp compares fixture congestion response to climate change
News
NASA scientist's desperate plea before being arrested
Life
Hosepipe ban to be imposed on millions more homes in England after driest July on record
Music
Taylor Swift responds to criticism after report claims she has highest private jet emissions
Next Page