14 shades of tea, ranked by acceptability

The way you make a cuppa says a lot about you.

You can't define a man by the way he makes tea, but you can make a series of piercing judgements about his character, his lifestyle and ultimately what he contributes to society. In short, there are right ways and wrong ways to make tea.

END_OF_DOCUMENT_TOKEN_TO_BE_REPLACED

The most important indicator of a cup of tea is the colour. You can instantly tell whether or not it's going to be a top brew by the shade of brown in your cup. And if it's not brown? Then brother, you've got a problem on your hands. There are many shades, many hues of tea, but we're just going to cover the basics here. Strap in and put the kettle on, it's gonna be a wild ride.

This barely qualifies as tea. Whatever the molecular standard for tea is, however many tea particles must be present in a cup for a scientist to look up from their microscope and say, "Yup, that's tea", this represents that bare minimum.

To the naked eye and/or tongue, however, what you've got here is boiling water with some milk in it. If that's what you want, fine. You're welcome to believe that taking your socks off counts as full-blown sex too, but don't call this abhorrence 'tea'. 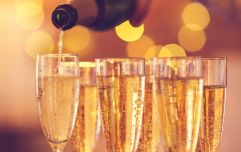 END_OF_DOCUMENT_TOKEN_TO_BE_REPLACED

There are four integral components to a good cup of tea: a mug, a tea bag, some hot water and milk. One of these crucial ingredients is missing, and it's pretty clear which.

Lesser friends will try to bluff you, making assurances that they "put a dash in" or that they always drink tea this way, but true friends will look you dead in the eye and admit that they run a shoddy household and forgot to buy milk. You can then return your mug to them, thank them for their time, and set about finding friends that actually have their lives in some sort of order.

There's nothing more depressing than an abandoned cup of tea. Once so full of life, brimming with hope and expectation, now left dejected and decaying, with that weird film gathering on the surface. Some say you can whack it in the microwave for 20 seconds and it'll be good as new, but it's never the same. Its essence has died.

A cold cup of tea not only tastes appalling, it is the actual shade of sadness. Artists have been trying to recreate the colour in paint for centuries, but nothing has ever come close. Some say that's the reason Van Gogh whopped his ear off.

"Mummy, why are your hands so soft?"

"Why, it's Fairy liquid, darling."

"Mummy, why does your tea taste so horrible?"

"Mummy, why are you foaming at the mouth?"

Jesus H. Christ, what happened here? You're not supposed to be able to make a cup of tea this colour, and yet someone in your life (probably someone close to you) will hand you a mug with what appears to be atomic waste in it.

It's a combination of over-stewing the teabag and not adding enough milk, but the single biggest contributing factor is ineptitude: some people are just shit at making tea. When you said, "I like it quite strong", they heard, "Give me an undrinkable mug of orange sludge".

And when you insult the great British labourer, you insult Great Britain. This colour of tea is worse than unacceptable, it's unpatriotic. We didn't slaughter and imprison millions of indigenous people across hundreds of years for you to serve Barry the plasterer a cup of nun's piss.

Yeah, alright, you like your tea strong. You like to leave the tea bag in for 8+ minutes, then add a thimbleful of milk to prove what a hard bastard you are. Well done.

You also like watching YouTube videos of kids falling off BMXs and cracking their nuts on handrails. You also like drinking in flat-roof pubs and throwing ashtrays at the bar staff. You also like tweeting abuse at the Top Gear producer whose face got in the way of Clarkson "telling it like it is". MILK IS FOR PUSSIES AND CORBYN, YEAH?

Until you've put the teaspoon in the sink and brought the mug to your lips, there's every opportunity for you to ruin a cup of tea. It's always better to add too little milk than too much, as you can always add more if needs be. But if you've got a bad eye and an itchy trigger finger, you can end up with tea like this.

It's not the end of the world, taste-wise, but by adding so much milk you've compromised the temperature, a critical component of the tea drinking experience. So please, Tetley traveller, proceed with caution.

Someone forgot they were making tea, didn't they? Luckily they caught it just in time. At this stage, no amount of milk is ever going to bring it round to a sensible colour, all you can do is hope the creaminess of the milk can combat the bitterness of the over-steeped tea.

Gather round, children. Let us pray.

What's the secret to great comedy?

You've got approximately one minute to get it down you. Do so and you'll enjoy a very decent cup of tea. Fail, and you'll be left suckling at the chilly teat of disappointment once more.

Too much milk, not enough time spent stewing. It's just a shame, really. This could have been a great cup of tea, but instead it's just an okay cup of tea. You don't need to put much care into making a cuppa, but you have to at least put some in. This was the result of poor planning, but luckily things took care of themselves.

But there's always next time.

It's the kiss goodnight; a final squeeze of the teabag between the teaspoon and the side of the mug as it heads towards the bin. The moment lasts seconds, but the results will come to define the cup of tea. It's a gamble, going for the squeeze. Sometimes it can be the booster that notches you up from a good cuppa to a great one. Sometimes it's the gentle push that sends you over the cliff and onto the rocks below.

We like a gambler, and we'll play the odds.

This is what we strive for every time we flick the kettle on. Every cup of tea is another shot at conquering Everest. You can boil it down to volumes, percentages and time, but ultimately it all comes down to inspiration. If the fates collude and the stars align, you'll get your perfect cuppa.

popular
Man with world’s biggest penis says Oscar winner slid into his DMs
'Super recogniser' draws 'accurate' modern Maddie McCann to help police find her
Bride faints on groom, vomits and gets pooed on during ceremony
Mum in jail for murder pays tribute to son, 6, killed by his dad and new girlfriend
Chilling video shows moment step mum tried to get away with murdering boy, 6
'I did three grams of coke during a game': Inside football's problem with Class A drugs
Bellingham and Haaland criticise refereeing performance after Bayern Munich defeat
You may also like
Life
Oasis tribute band and more than 50 punters trapped in Britain's highest pub
News
Hospital accidentally used toilet water for drinking for nearly 30 years
Sport
Guy seen carrying 64 pints to mates at football match
Entertainment
Emilia Clarke said Jason Momoa got her as drunk 'as humanly possible' during reunion
Entertainment
England fans in the pub since 7am ahead of tonight's fixture with Germany
Next Page