Arnold Schwarzenegger reigned supreme in a golden age of bodybuilding.

The seven-time Mr Olympia champion had one of the greatest physiques of all time.

While modern bodybuilders are known for their extreme muscle, freaky vascularity and distended guts, Arnie had the perfect classic look.

It's something many people who train want to know how to emulate.

A big part of what made Schwarzenegger one of the greatest ever bodybuilding athletes was his diet. It underpinned his training, helped him pack on muscle and enabled him to get cut for competition.

Modern bodybuilding diets might seem quite complex or hard to follow. But Arnie's way of eating was pretty simple - but it got him one of the best bodies of all time.

JOE has done some digging to find out exactly how to eat like Arnie. 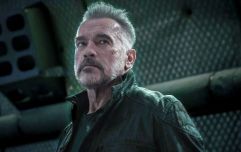 Arnold Schwarzenegger terminates your excuses for not working out

END_OF_DOCUMENT_TOKEN_TO_BE_REPLACED

Schwarzenegger ate five or six smaller meals throughout the day, according to a 1991 article in 'Muscle Mag'.

He got the lion's share of his nutrition from whole foods, eliminating processed crap and refined sugars from his diet.

Bodybuilders like Arnie believe eating so many regular meals throughout the day meant the metabolic rate stayed high, while eating smaller meals meant he could train harder and more effectively, according to HowToBeFit.

It's believed he ate between 4,000 and 5,000 calories a day to maintain his Olympia-winning size.


This is the most important macronutrient for repairing and growing muscle tissue. It's something that Arnie new even before the advent of advanced nutrition science. 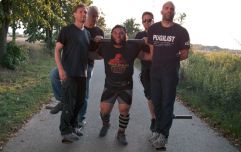 END_OF_DOCUMENT_TOKEN_TO_BE_REPLACED

The Austrian Oak always recommended anyone who trains hard should be eating 1g of protein for every pound of bodyweight - so for a 180lb man, make sure you're eating 180g of protein. For Arnie it was 250g.

The main sources of protein for him were lean meats, fish, chicken and eggs. One guideline Arnie suggested in his 1991 article was getting between 30g and 50g of protein in every three hours (depending on your macro needs).

As well as whole foods, he was getting two protein shakes in a day with milk to hit his 250g target.

Arnie knew back then what science has confirmed now - that getting moderate amounts of protein in every three hours is optimal for building muscle.

Fat is often a taboo word for bodybuilders looking to get cut, despite more and more emerging research that our bodies need fat for everything or hormone balance, testosterone production, brain function and fat  burning.


Modern bodybuilders favour eating low fat diets, but back in the 1970s fat was very much a part of the training diets of athletes like Arnie. 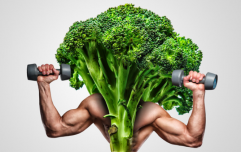 Building muscle on a vegan diet: everything you need to know

END_OF_DOCUMENT_TOKEN_TO_BE_REPLACED

While he didn't go overboard, eggs, dairy, nuts and fish were all good sources of healthy dietary fat eaten as part of Arnie's diet. And yes he ate the yolks.

We're now beginning to understand how crucial Omega-3 fatty acids are for burning fat and even things like saturated fats are for producing the muscle-building hormone testosterone, says HowToBeFit.

Arnie himself told Bodybuilding.com that around 10-15 per cent of your daily calories should come from saturated fats.

So many people will tell you carbs are the devil. They're not, if you're getting the right ones.

Arnie was an advocate of eating whole foods, so you can bet he was eating carbs from good sources like brown rice and oats.

He would cut his carbs as he got closer to competition.

This was the most critical time for Schwarzenegger to maximise his gains. Getting the right nutrients into his body as quickly as possible in this 'anabolic window' after a hard workout was key.

While Arnie preferred to eat a whole food meal, he understood the importance of feeding the muscles and the body straight after the gym.

He would always try to get in protein and carbs in within 30 minutes of a workout. It shows how well they knew about the post-exercise insulin spike.