Now that Conor McGregor isn't fighting on UFC 200, everyone wants a piece of him.

The Notorious has received several huge offers to fight on other promotions.

While it's never probably going to happen, as the UFC's contracts are typically watertight so that fighters cannot simply defect to other organisations while committed to the UFC, it didn't stop them trying.

According to reports, Russian promotion Fight Nights has attempte to sign up UFC featherweight champion McGregor for a fight this June. 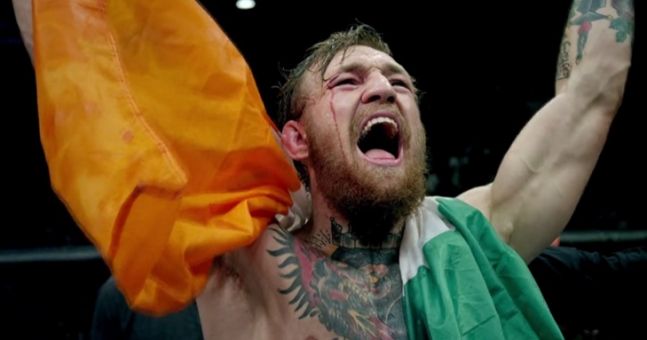 Associate editor of BloodyElbow.com Karim Zidan has quoted Russian media who are reporting today that 'The Notorious' was offered $2 million to fight undefeated Russian 145 lber Rasul Mirzaev this summer.

Russian media is reporting that Conor McGregor was offered $2 million to fight Rasul Mirzaev at Fight Nights: Fedor vs. Maldonado in June.

McGregor received a formal offer from the promotion. @from_safonov confirmed the news with Mirzaev.

END_OF_DOCUMENT_TOKEN_TO_BE_REPLACED

The bout was being targeted for the undercard of the upcoming heavyweight clash between the legendary Fedor Emelianenko and former UFC fighter Fabio Maldonado.

Emelianenko vs. Maldonado takes place at Fight Nights Global on June 17 and will be the second fight for 'The Last Emperor' since his return from retirement in December, when he finished Jaideep Singh in the first round at Rizin FF.

But now the ante has been upped by the owner of a Polish MMA federation KSW who has offered McGregor $3million to fight their featherweight champion.

Hey @TheNotoriousMMA we'd like to up the stakes. We offer you 3 mln $ to face KSW current FW champ. How 'bout that?

Maciej Kawulski, co-founder of KSW which is one of Europe's largest fight organisations, tweeted the Irishman directly offering him the six figure sum to face current their 145 lb champion Artur Sowinski.

McGregor will remember Sowinski from the time he knocked him out in the second round of Celtic Gladiator 2: Clash of the Giants in June 2011.

Even if he was a free agent, McGregor would likely require a lot more of a financial incentive than $3 million to sign on the dotted line but the fact that he has an exclusive contract with the UFC means this fight was never going to take place.

If the reports are true, it is still interesting to note that promotions are actively pursuing McGregor now that his dispute with the UFC has been played out so publicly.


popular
The JOE Friday Pub Quiz: Week 203
Fan fury over missing name from Premier League Manager of the Season nominations
I'm A Celebrity relocates to the UK because of COVID
59% of Brits do not consider a Magnum to be an ice lolly, extremely controversial YouGov survey finds
England could lose several promising youngsters to Jamaica
England Rugby scrap sevens team due to impact of COVID-19
FBI swat team raids the home of controversial YouTuber Jake Paul