Woody Harrelson punched a man 'in self-defense’ at hotel

Woody's got a history of altercations with photographers

Actor Woody Harrelson allegedly punched a man at a hotel in Washington DC while acting in self-defense. 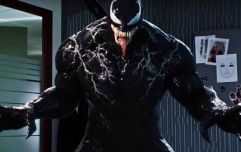 END_OF_DOCUMENT_TOKEN_TO_BE_REPLACED

The punch was thrown after the man allegedly wouldn't stop taking photos of Harrelson and one of his children, despite the actor repeatedly asking him to stop.

Police arrived at the Watergate Hotel in the city after Harrelson reported an assault on the building's roof deck, reports Page Six.

Witness accounts and a police report obtained by NBC Washington allege that it was the photographer that was the aggressor, not Harrelson.

Harrelson told the police the man lunged towards him "in an attempt to grab his neck," reads the police report, an account which is backed up by the paper's eyewitness accounts.

According to the NBC Washington report, the man is also believed to have been drunk.

The actor was allegedly acting in self-defense (Photo: Getty) 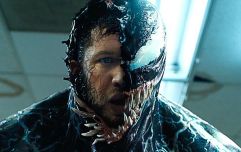 END_OF_DOCUMENT_TOKEN_TO_BE_REPLACED

Harrelson punched the photographer in what the police are describing as apparent self-defense.

The name of the man taking the photographs has not yet been released and the investigation is currently ongoing.

Harrelson was in Washington DC to film new HBO series The White House Plumbers about the Watergate Scandal which took place in June 1972.

Harrelson has been involved in three previous altercations with photographers, once in 1995, once in 2008 and again in 2019.

In his most recent run-in, a paparazzi photographer accused the star of assault and of damaging his video camera at LaGuardia Airport in New York - but no charges were filed. 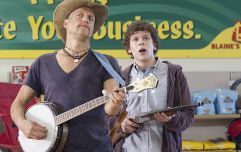 Zombieland 2 starts shooting in January, and will feature “super zombies”

END_OF_DOCUMENT_TOKEN_TO_BE_REPLACED

Following the incident Harrelson issued a statement which read: "I wrapped a movie called Zombieland, in which I was constantly under assault by zombies, then flew to New York, still very much in character.

"With my daughter at the airport I was startled by a paparazzo who I quite understandably mistook for a zombie."

popular
Man with world’s biggest penis says Oscar winner slid into his DMs
'Super recogniser' draws 'accurate' modern Maddie McCann to help police find her
Zlatan Ibrahimovic criticises Man Utd's 'small, closed mentality'
Mum in jail for murder pays tribute to son, 6, killed by his dad and new girlfriend
Bride faints on groom, vomits and gets pooed on during ceremony
Chilling video shows moment step mum tried to get away with murdering boy, 6
Bride considering putting unvaccinated guests on 'anti-vax' table at wedding
You may also like
Entertainment
Woody Harrelson has confirmed he’s going to be in Venom
Entertainment
The greatest zombie comedy of 00s is finally getting a sequel
Entertainment
Great news because the new season of True Detective is going to be more like the first one
Entertainment
Jack White is right to ban mobile phones from gigs and more artists should follow suit
Entertainment
I’m A Celebrity guards tackle intruder who breaks onto set in massive security breach
Next Page