Who needs Paul Walker, Vin Diesel and a load of fast cars when you’ve got these guys?

Fast and Furious 7  is currently ruling the box office - but this parody clip is making a big impact online. 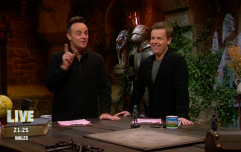 END_OF_DOCUMENT_TOKEN_TO_BE_REPLACED

Entitled BRZYDCY i WŚCIEKLI – Ugly and Furious – this parody swaps Vin Diesel and the gang for a bunch of geeky guys driving clapped-out cars and tractors.

Polish group Cyber Marian made the fake trailer, which includes the audio from the original, but things looks a little unique.

The clip’s already been a big hit online, amassing 1.5million hits in just a few days.