It's official, Ricky Gervais and the O.G. The Office crew based in Slough are better than Steve Carell's US version of the same hit comedy show set in Scranton, Pennsylvania.

END_OF_DOCUMENT_TOKEN_TO_BE_REPLACED

It's a verdict that's sure to divide fans - and just one of the revelations turfed up in a huge new list of the best TV shows of the 21st Century (so far). 206 TV experts from 43 countries banded together with the BBC to bring together what they reckon are the top 100 shows - and the results may surprise you.

We know, we know... it's only 2021 - which makes a round-up of the best shows of the century seem, well, a little odd to be honest. However, the Beeb justified their decision for doing their tally now.

"TV has played such a crucial role in many of our lives over the past 18 months, when we have relied on it for information, entertainment, solace and inspiration in equal measure," they said. 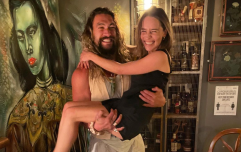 END_OF_DOCUMENT_TOKEN_TO_BE_REPLACED

The Office UK just scraped into the top ten, appearing at number nine, however the US Office - which some fans have argued is better than the UK version - was way lower down the list at 39. 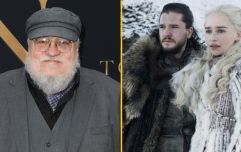 END_OF_DOCUMENT_TOKEN_TO_BE_REPLACED

Cult animated sitcom BoJack Horseman just missed the top 10 shortlist, coming in at 11. Lost, 30 Rock and Chernobyl also made it into the top 20.

Number 100 was lockdown chess drama The Queen's Gambit and US sitcom It's Always Sunny in Philadelphia made it in at number 90.

"While the list is wide-ranging by some metrics, there are also ways in which it reflects significant biases," the BBC said.

I May Destroy You, the UK drama about consent and sexual violence, also made the top 10 (Photo: Val Productions)

"Ninety-two series feature English as their primary language, with Danish, Swedish, French, Spanish and German among the other languages featured. Meanwhile 79 shows in the top 100 were created by men and just 11 by women, with 10 by a combination of men and women.

"Both these statistics speak to systemic industry inequities: however with non-English language series increasingly amassing huge international audiences, and a more diverse range of voices, in terms of race, gender and sexual orientation being given creative control, the TV landscape could shift once again in crucial and inspiring ways in the future."

popular
Phillip Schofield struggles to stay composed as guest reveals alien lover after getting sick of 'Earthmen'
Mike Dean reveals why he 'sniffed' assistant referees' shirt before kick-off
Johnny Depp's lawyer Camille Vasquez responds to romance rumours
Johnny Depp's attorney Camille Vasquez revealed to be dating Brit
'Wow, hats off to her! Sick remark from Bobbi Anne McLeod's killer after she survived 12 hammer blows
Wagatha Christie: Rebekah Vardy storms out of court just 30 minutes into final day
We FaceApp morphed every 21/22 Premier League team so you don't have to
You may also like
Social Media
Sophie Turner posts 'time ain't straight and neither am I' on Instagram and fans lose it
Entertainment
'The Mountain' Hafthor Bjornsson shares diet and workout plan which saw him lose 50kg
Entertainment
The ultimate list of British politicians as Game of Thrones characters
Entertainment
Game of Thrones star Sophie Turner takes swipe at anti-mask COVID sceptics
Football
Jose Mourinho reveals his incredible desk chair with Batman and Game of Thrones logos on it
Next Page