Holland is adding to his repertoire

Tom Holland secretly tended bars in London in preparation for his latest release, Uncharted, which is based on the popular video game of the same name. 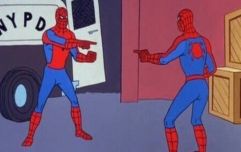 END_OF_DOCUMENT_TOKEN_TO_BE_REPLACED

In a recent interview with SiriusXM's Jessica Shaw, Holland dished on preparing for the massive role of Nathan Drake- the protagonist of the Uncharted game series. He spoke on taking bartending lessons to better prepare himself and even served a few lucky punters at a bar in London.

he knows how to bartend and served at a real bar to prepare for uncharted filming pic.twitter.com/ZMsdlicYQ1

He explained: "As word spread around town and people started figuring out that 'apparently Tom Holland's bartending at this bar,' then the general manager started figuring it out," he said. "Eventually, I sort of got kicked out."

The Spider-Man star has since returned to the bar, which he described as "a little bit of a rocky relationship at the minute."

He added: "I've been giving them a lot of press though. So they just shut up and let me back." 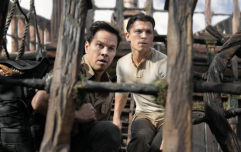 END_OF_DOCUMENT_TOKEN_TO_BE_REPLACED

The actor recently admitted he would love to go on ITV's I'm a Celebrity...Get Me Out Of Here. Speaking in an interview with LADbible about the Uncharted movie, Holland said: "I actually would love to do that. I'd find the eating stuff really difficult - that would not be fun."

Read our review of the Uncharted movie: Uncharted review: How long 'til we're bored of Tom Holland?

He goes on to say he'd back himself "in all the small spaces and that sort of stuff", insisting that he'd do well with the "athletic" side of things but admits he has a "short temper" and is "so impatient" so he might find some of the people in there with him "very irritating."

popular
UK city named the 'most dangerous' in Europe, according to study
Mum cuts off boyfriend's 'private parts' after he 'tried to rape 14-year-old daughter'
Incredible case of the only known individual whose parents were two different species
Rachel Bilson says Bill Hader's 'big d***' is the thing she misses most about him
Young rock climber who plunged 24m off cliff left with $1.2m hospital bill
Time traveller’ claims to know exact date Queen will die
Beer drinkers given four month warning as price of pints set to soar
You may also like
Entertainment
Tom Holland, Andrew Garfield and Tobey Maguire reunite for first time since No Way Home
Entertainment
Andrew Garfield and Tobey Maguire snuck into No Way Home screening and nobody noticed
Sex
Short men have more sex, according to science
Entertainment
Boy who saved little sister from dog attack spends day with Tom Holland on Spider-Man set
Entertainment
Fans demand new Amazing Spider-Man film starring Andrew Garfield
Next Page