You might’ve heard of Tom Holland? He’s pretty good at playing Spider-Man, nailing a web-splittingly rare 100 per cent on Rotten Tomatoes for his recent spin in No Way Home. 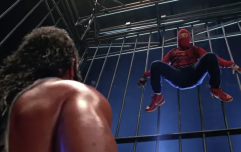 END_OF_DOCUMENT_TOKEN_TO_BE_REPLACED

Away from Spidey his life is equally blockbuster. Gossipy reporters can’t get enough of wondering whether he and fellow A-list actor Zendaya - Spider-Man's current MJ - are buying a house in the UK with a ‘man cave’ or hanging out with Harry and Meghan in LA.

Holland’s cache is so high right now that Uncharted feels like it can’t go wrong. It’s another dose of the likeable Brit in an action role... so how could it?

Unless we’re bored of seeing him flying around winning fights by now?

END_OF_DOCUMENT_TOKEN_TO_BE_REPLACED

Holland has a couple of thrilling action scenes, which is what we're all here for, right? However there aren’t enough of them that are memorable enough to stick in the mind long after the film's run time is done.

There's one amazing chase across the hot red-tiled roof tops of Barcelona and in another, Holland's character Nathan Drake gets aggressive behind the bar with a cocktail shaker - before shaking up a villain with a high kick. Holland's so talented at stunts that he manages to cram in being naturally funny as well - and it's an imaginative setting for a fight scene.

During most of these moments he’s accompanied by treasure hunter Victor Sullivan, played by Mark Wahlberg, as the duo are off on an adventure to hunt for epic loot. Uncharted is based on the video games of the same name about treasure hunters. In this first feature film version, Holland plays a young hunter dealing with mental health issues after being abandoned by his older brother when they were young.

Will his sibling be one of the gems he brings home? 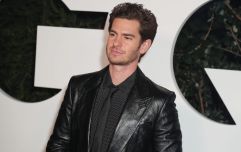 Andrew Garfield confirms he would return for Amazing Spider-Man film

END_OF_DOCUMENT_TOKEN_TO_BE_REPLACED

For an action flick, Uncharted crawls into first gear. The first 45 minutes could have been condensed to 15. Instead of focussing on Nathan's touching backstory, his trauma is squeezed into a tiny window to make space for loads of good-looking but boring atmospheric shots of Holland and Wahlberg sitting around in bars. They’ll especially drag for the target demographic of younger audiences and families.

When it gets into the meat of the story though there’s just enough twists and prettily-shot action - and scenes with Holland shirtless, pumping iron - to keep audiences invested in the gold loot at the end.

Elsewhere, Antonio Banderas is good comic relief as an ostentatious Spanish businessman who’s both jarringly selfish and weirdly likeable - and best of all, Wahlberg and Holland give off cute brother vibes (Wahlberg is 50 but 20 years of Hollywood pampering makes him pass for 35) as they sit around exploring maps and alluding to their difficult pasts.

Let’s face it, no-one’s here for continuity with the video games - or a cohesive story about treasure hunters. They’re here for Holland’s torso and flying pirate ships and crashing helicopters and that’s what they will get. It’s a joyful, if forgettable, romp around the world. Like most travel trips, the most memorable part is the people. After all, they are what make the memories, not hidden chests of gold. If there's any treasure to be found here, it's Holland and Wahlberg’s addictive banter.

Uncharted is in cinemas from Thursday February 10